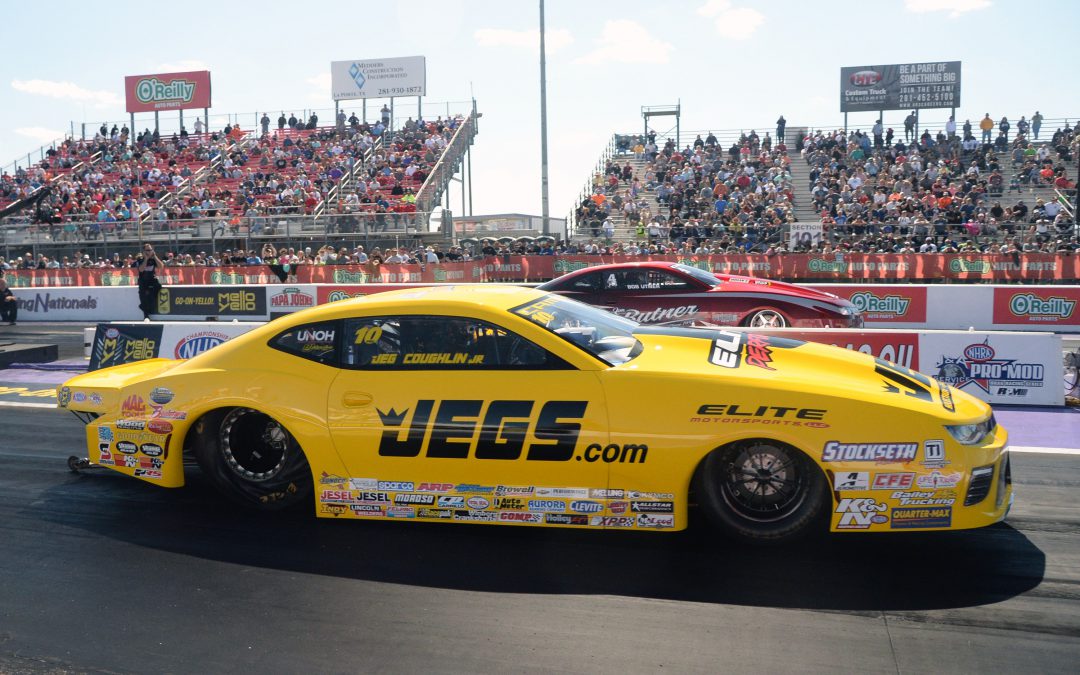 HOUSTON (April 23) — While admitting he wanted this victory a little more than usual, Jeg Coughlin Jr. was still very satisfied with his runner-up finish Sunday at the 30th annual NHRA Spring Nationals at Royal Purple Raceway.

Racing in his 101st career final, Coughlin took on good friend Bo Butner for the trophy. When the lights flashed, both men left with identical .061-second reaction times with Butner managing to inch away at each incremental timer for a slight 6.550 to 6.562-second win.

"We really wanted this today and just fell short in a number of ways there in the final," said Coughlin, driver of the JEGS.com Camaro. "Nothing to hang our heads about. Congratulations to Bo; I think this was his ninth final in Pro Stock and he finally got his first win, so good for him. They earned it. They've been fast for a couple of years now.

"I hate to see him get his first one next to 'Old Yeller' but he's a great racer and a great friend. If there's a positive out of coming in second it is definitely seeing him win."

"We've made a lot of progress since the start of 2017," Coughlin said. "We ran great in qualifying here and came out today in E1 and went low for the round and set the track record. We came back in E2 and didn't make the most efficient of runs but got the win. It was still pretty darned fast, and same with E3.

"We lost lane choice for the final and some of the guys were a little bit concerned about that but I didn't have any worry about the right lane. It looked in good shape and it definitely wanted us to get after it a hell of a lot more than we did. But we didn't and today is Bo's day."

"We'll head into the work week, scoot on back to Delaware, Ohio, for a couple of days and start getting mentally getting ready for the Four-Wide Nationals," Coughlin said. "It's always a pretty fun race albeit one that is mentally draining. I'm looking forward to the test and really can't wait to get back behind the wheel of this Chevrolet Camaro. It's a fast car right now and it's going to continue to be fast and likely only get better."