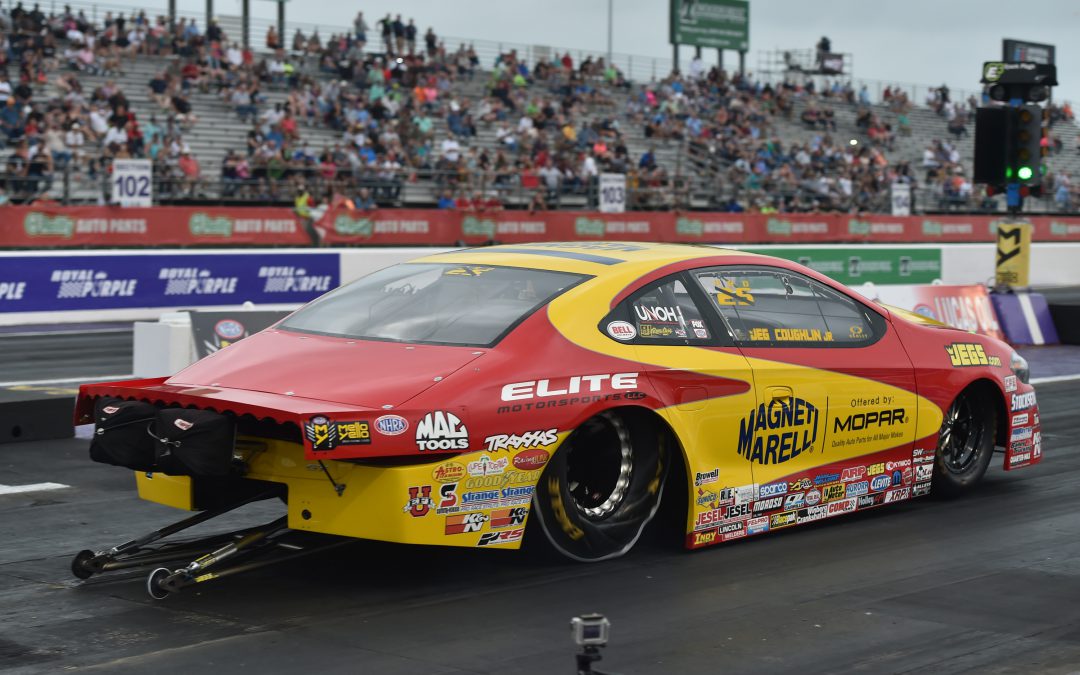 HOUSTON (May 1) — Jeg Coughlin Jr. said the magic words after a first-round defeat with his Magneti Marelli offered by Mopar/JEGS.com Dodge Dart at the 29th annual NHRA SpringNationals on Sunday at Royal Purple Raceway: "When it rains, it pours."

Coughlin wasn't referring to rain that plagued Sunday's eliminations but instead to a recent turn of fortunes for his Elite Motorsports.

"Something's made a turn in our program starting in Vegas," Coughlin said. "We weren't the fastest cars out there, but we've slowed down some. We've got a great team and good bunch of guys. We're struggling to figure it out."

In addition to a struggling race car, the five-time Pro Stock champion made a rare mistake behind the wheel Sunday. He left .002-second too soon in his race against teammate Drew Skillman, giving Skillman the victory.

"I'm just trying to get there and drive our lights out," Coughlin said. "We had a great opportunity to turn on the win light against Drew when he got crossed up and was getting himself into trouble, but when you turn it red, whether it's by a thousandth of a second or a tenth of a second, it's pretty much all over. We were two-thousandths ahead of the green light, and the party was over."

The NHRA Mello Yello tour takes a weekend off before returning to action May 13-15 with the Southern Nationals at Atlanta Dragway.

"We just have to drop back and evaluate where we're at," Coughlin said. "We'll have to see if we can't find this glaring governor that we've got looming over our program right now. It's even stumbled its way into the GM program of Drew and Vincent (Nobile). We'll wait and see."