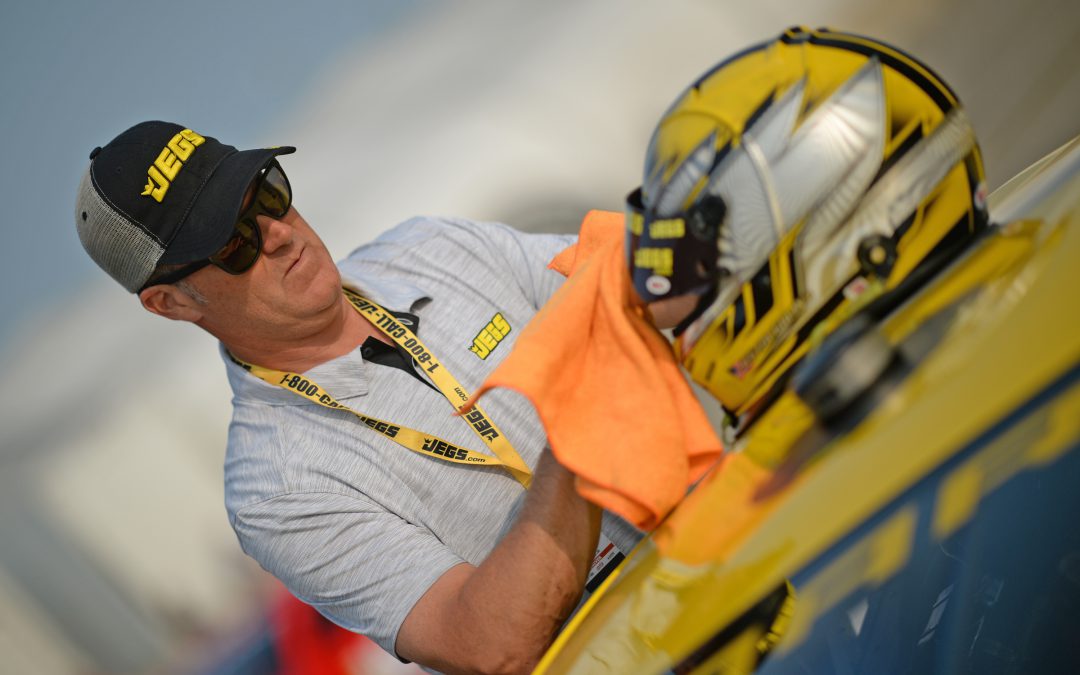 JOLIET, Ill. (June 1) — Reigning Route 66 NHRA Nationals Pro Stock champion Jeg Coughlin Jr. will be tested right from the start as he tries to defend his 2018 title, racing Bo Butner in the opening session after the two qualified just .001 seconds apart. Meanwhile, Coughlin's nephew Troy Coughlin Jr. already has a round win under his belt in Top Alcohol Dragster after defeating Josh Hart in Round 1 Saturday evening.

Jeg Jr. saved his best qualifying pass for the fourth and final session, running a 6.599 at 207.02 mph in the JEGS.com Elite Motorsports Chevrolet Camaro after a rain delay that pushed the action back into the evening hours.

"That was a little dicey because we were in the right-hand lane and about 3.3 seconds into the run, maybe 400-420 feet out there, you hit a pretty good bump and it unsettles the car quite a bit," Jeg Jr. said. "It was spinning the tires from that point on and I was finessing it the best I could to keep it straight. It felt like the rear end was wanting to come around the whole way."

The run placed Jeg Jr. ninth on the grid and set up a tantalizing first-round tilt against Butner, the only other driver in the Pro Stock class besides Jeg Jr. to have won a race this year. Butner's best run in qualifying was a 6.598 at 209.10 mph.

"It's just the way it turned out that Bo and I will square off early," Jeg Jr. said. "We certainly know what that team is capable of doing and it's going to be tough starting the day against a group with that much experience but this isn't the first time we've faced these exact same circumstances.

"If we do our thing and make a nice, smooth run, in what I assume will be that finicky right lane, we can definitely win the round. We'll take it from there and do our best to put this JEGS.com Elite Motorsports Chevrolet Camaro in the winner's circle again."

"Rich and Richie (McPhillips) have the car really hopped up," Troy Jr. said. "We're making clean, happy, good runs every time down and they're doing an excellent job of racing what the track will give us.

"We have to win four rounds at this race so we have three more to go tomorrow. I feel really good about our chances. We're all set for a big day."

Both Troy Jr. and Jeg Jr. spent much of their day enjoying the JEGS Allstars sportsman event. The race pits the top drivers in each of the NHRA's seven geographical regions against one another in 10 eliminator classes. Racers fight for both individual and team honors.

"The JEGS Allstars didn't disappoint," Jeg Jr. said. "Absolutely amazing competition all day and I tried my very best to take in every session. Every race felt so important and the finals were intense. There were so many super-close races. My hat's off to all the winners."

Troy Jr. agreed. "I was impressed," he said. "Especially with the Division 4 guys. They did really well, had a lot of cars in the final and a lot of winners. It was no surprise to see them win the team title again. Congrats to everyone. What an awesome event."