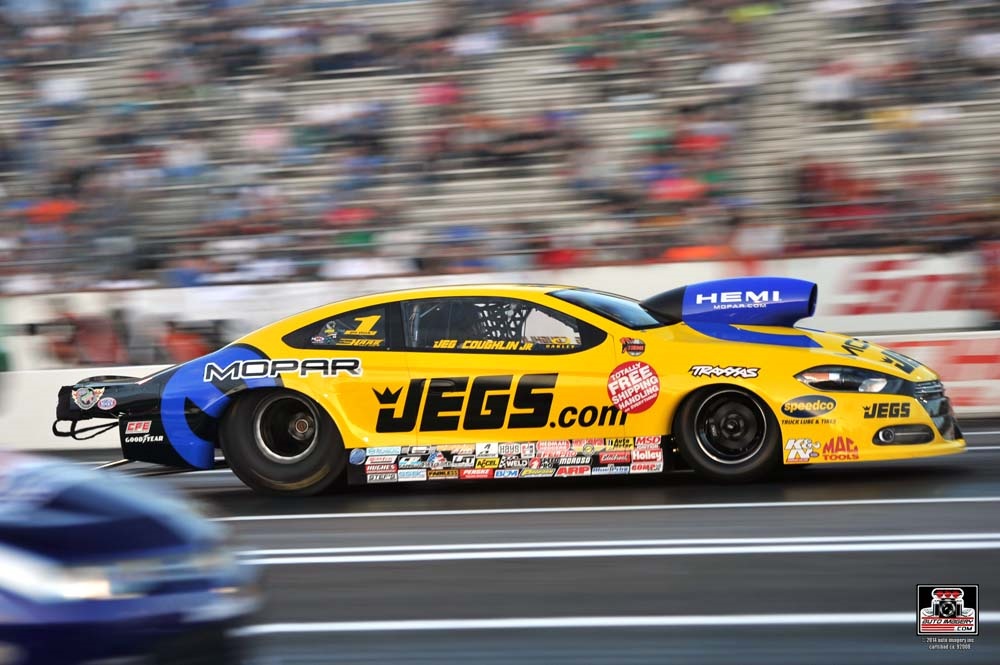 ENGLISHTOWN, N.J. (May 31) — In the last two national events, no one in Pro Stock has been running better than reigning champion Jeg Coughlin Jr., who has recorded a victory and a runner-up result in back-to-back weekends on the tour.

That trend seems to be continuing at the 45th annual Toyota NHRA Summernationals at Old Bridge Township Raceway Park, where the 57-time national event winner used his second-best run of all time to lock up the No. 6 position on the grid.

"We're in the top half, and that's what matters the most," said Coughlin, who won Atlanta from the No. 8 starting spot. "I think the left lane here is slightly better because it's smoother and seems to have better traction from 60 feet to around 400 feet, which is an important area for Pro Stock cars."

"I felt like we could have cleaned that 6.489 up a little and really get after it in the final session because we had the better lane and the conditions were perfect," Coughlin said. "The track seemed to be giving out 6.48s and even a few 6.47s and we certainly wanted to get one ourselves. The car reared up and just went straight as an arrow, unlike when we ran the 6.489, but we only managed a 6.490 that time. I got on the radio and told the guys, 'If we don't e.t. when we go straight, send me the long way!'

"I guessed we missed something in the gearing or engine combo, timing maybe. Certainly nothing to hang our heads about. We'll tune up what we got and be ready to go."

Coughlin's teammate, Allen Johnson, moved to the No. 1 slot in the final session with a 6.472, so Coughlin knows the group's two crew chiefs will be pouring over that data to prepare for race day.

"Mark Ingersoll and Adam Hornberger work together really well and I'm sure they'll have us ready to put our best foot forward with both cars," Coughlin said. "No matter what, the real winners will be the fans because it's going to be an awesome race."

Qualifying highlights will air this evening on ESPN2. Eliminations start at noon, Sunday, and will be shown in slight tape-delay later Sunday afternoon, also on ESPN2.