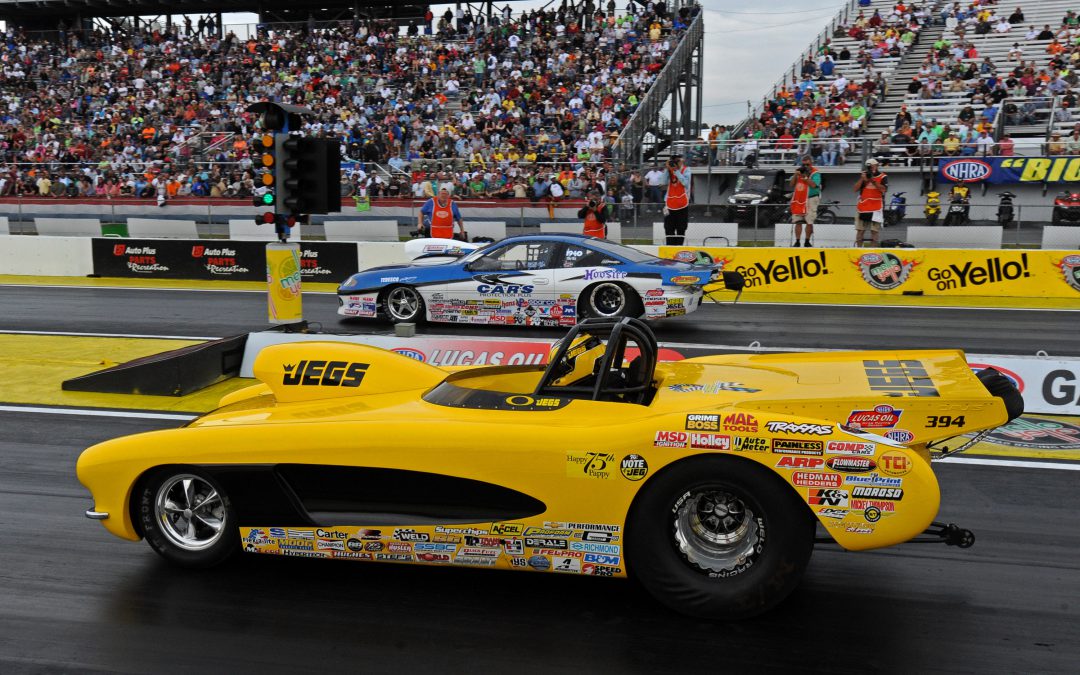 Not only did Coughlin rack up his 55th career Pro Stock victory and the 98th national-event win for the Coughlin family, he took a big step forward in the chase for his fifth Pro Stock championship. Coughlin moved into second place in the points standings, 10 behind leader Mike Edwards, with five races remaining in the Countdown to the Championship.

And Coughlin secured the victory in stellar fashion, getting a holeshot win over Jason Line in the final round.

"Being the first round of the Countdown, to get a win was amazing," Coughlin said. "We had a fast car, kept lane choice all the way through the final until Jason outran us. Fortunately, we were able to get a little head start. I was able to get him on the Tree a bit and pull off this huge, huge win.

The win over Line was the 89th time in 523 career rounds that Coughlin has won on a holeshot. Coughlin left first on all four opponents Sunday, including getting a .026-second advantage on Line with a .026 light.

"I came out Q1 on Friday, and I was .007 on the Tree and felt I had a really good spot on the Tree," Coughlin said. "Today, my lights were good. You must treat every round like it is the final round. It is the Countdown, whether it is the first race or the last race. We have been in that position that we needed to win that round to win the championship, and that is how we are treating this effort."

That put Coughlin in the semifinals against Edwards, with significant Countdown implications. Coughlin was left first again with a .031 light to Edwards' .057 and then outran him with a 6.576-second pass at 210.24 mph. Edwards' run was a tick slower at 6.581 seconds at 210.18 mph.

A recent test session at Charlotte helped pave the way for Coughlin's performance, even though he wasn't driving the car in the test.

"Allen (Johnson) ended up driving my car," Coughlin said. "I had some business stuff going on back in Ohio. Those guys have worked their tails off. Roy (Johnson) and the group back in the engine shop in Greenville, Tenn., have been working hard on the reliability of the product. They found a little bit of horsepower throughout the year that has propelled us.

"That test session here last week is what gave us the confidence. We struggled a bit after Brainerd. We got things turned around for Indy, got to the semi-finals running very consistent. We wanted to come here and treat every round like it was the last one and fortunately we were the last man standing."