Jeg Coughlin Jr. speeds to No. 4 qualifying spot in his 2015 debut 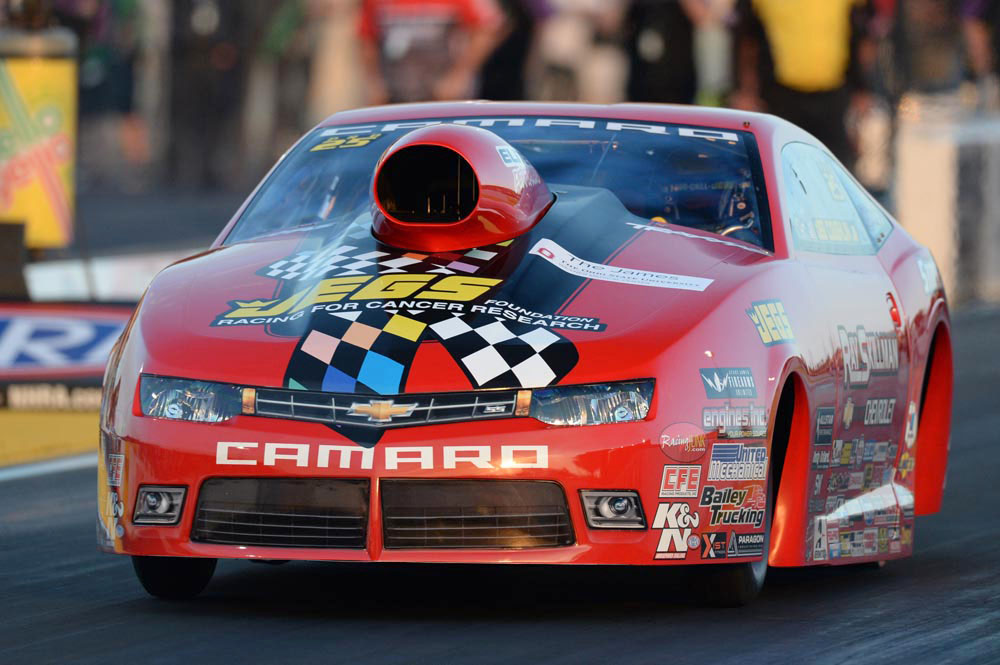 SONOMA, Calif. (Aug. 1) – Five-time NHRA Pro Stock World Champion Jeg Coughlin Jr. had no problem getting back behind the wheel, qualifying the Stockseth Racing/Elite Motorsports' Chevrolet No. 4 for the Sonoma Nationals this weekend at Sonoma Raceway.

The JEGS.com driver was making his season debut in Pro Stock, racing as a teammate to defending series champion Erica Enders.

Coughlin is racing for Richard Freeman's Elite team in three races in 2015, and Sonoma is his first race. He'll also get behind the wheel in Seattle next weekend, as well as Indianapolis later in the year.

"This is a great group of folks, very professional," Coughlin said. "Obviously, they don't need much introduction with the reigning World Champion in Erica Enders parked right across from us. It's been nice."

After stumbling in the first qualifying session Coughlin quickly got up to speed in Q2, and then made his best pass of the weekend in Q3 on Saturday, 6.524 seconds at 211.83 mph.

"I had quite a few little question marks in my mind going into the first run, and quite a few were answered," Coughlin said. "Just a few remained through the second, and through the third and fourth runs, I felt great behind the wheel, as far as being acute and feeling what's going on with the car.

"We made good runs, qualified No. 4 and I feel like we're ready for game day tomorrow."

Coughlin squares off against No. 13 qualifier Matt Hartford in the first round on Sunday. Hartford's best pass was 6.571 at 211.20 mph.

"No question, that's a tall order," said Coughlin, a two-time Sonoma winner in Pro Stock. "But I feel like we're capable of it. We've got a car that's capable of it, I've been capable of it in my career. We'll get out tomorrow and take one round at a time and see if we can't light the win light and continue on. We'd love nothing more than to add another victory here in Sonoma. It's beautiful country, and they have a great fan base. It would be very special for us."