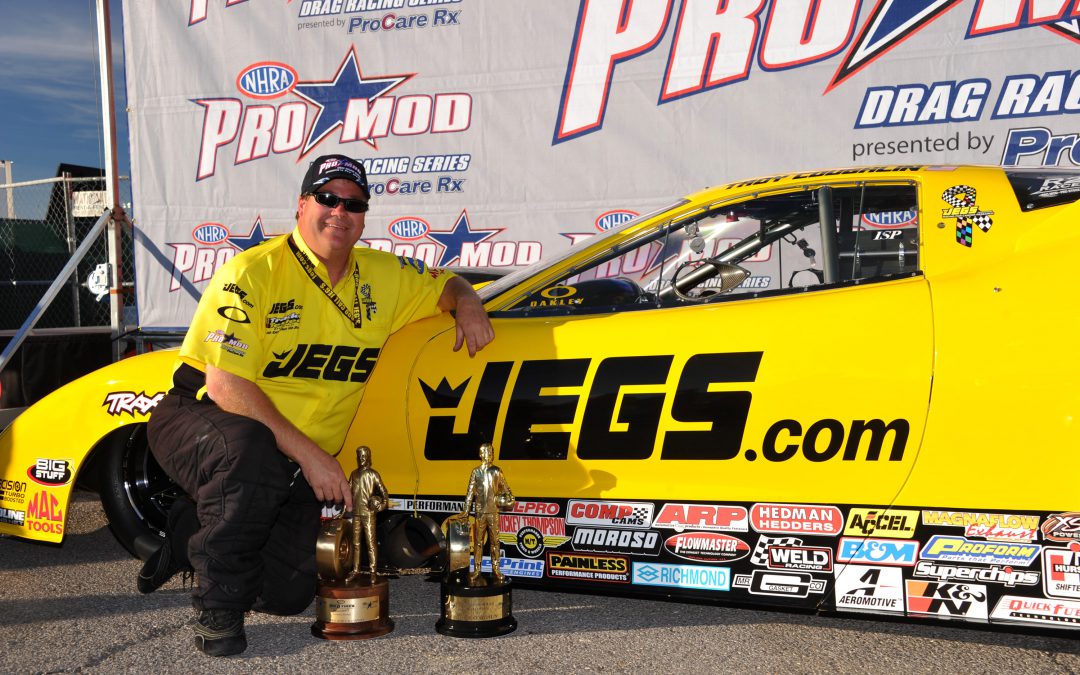 HOUSTON (April 27) – The rains washed out most of Pro Stock qualifying on Saturday at the NHRA SpringNationals, prompting an overnight strategy session for Jeg Coughlin Jr. and the JEGS/Mopar Dodge Avenger team at Royal Purple Raceway.

Coughlin earned his first No. 1 qualifier since 2010 but was one of the few Pro Stock cars in the field that didn’t get three shots at the track. His Friday pass of 6.569 seconds at 211.20 mph held up despite cooler, overcast conditions for the cars that did make runs on Saturday.

"It speaks volumes to where our team has come this year," Coughlin said. "We owe a lot of credit to Allen and Roy Johnson. When we decided to put a two-car team together, literally one (crew). We communicate extremely well.

"To get our first pole in a couple of years is fantastic, and we'd like to perform well tomorrow."

The No. 1 is the 18th of Coughlin's career in Pro Stock and the second at Houston. He squares off against Steve Kent in the first round of eliminations. Kent's lap of record was in 17.392 seconds at 57.71 mph, however on Friday Kent had a pass of 6.648 seconds at 209.49 mph, but it was wiped away because he was outside the top 12 in qualifying at the end of the day.

"There was a shot that someone could have passed me up this afternoon," Coughlin said. "The way Mike Edwards has been running, there was definitely a 6.56 out there, but maybe not much more than that.

Coughlin said his JEGS.com Avenger suffered no real ill effects from the wild, bumpy ride it took in the shutdown area on Friday after his parachutes didn't deploy correctly and he had to use the brakes to get the car slowed down after his second round qualifying run on Friday.

"We made some changes off our Q2 run yesterday," Coughlin said. "Not sure, but we might sneak those back the other way because we don't want to run an untested setup during eliminations."

Pro eliminations at the NHRA SpringNationals are scheduled to get under way at 11 a.m. CDT