Jeg Coughlin Jr. surges to No. 5 spot in Seattle 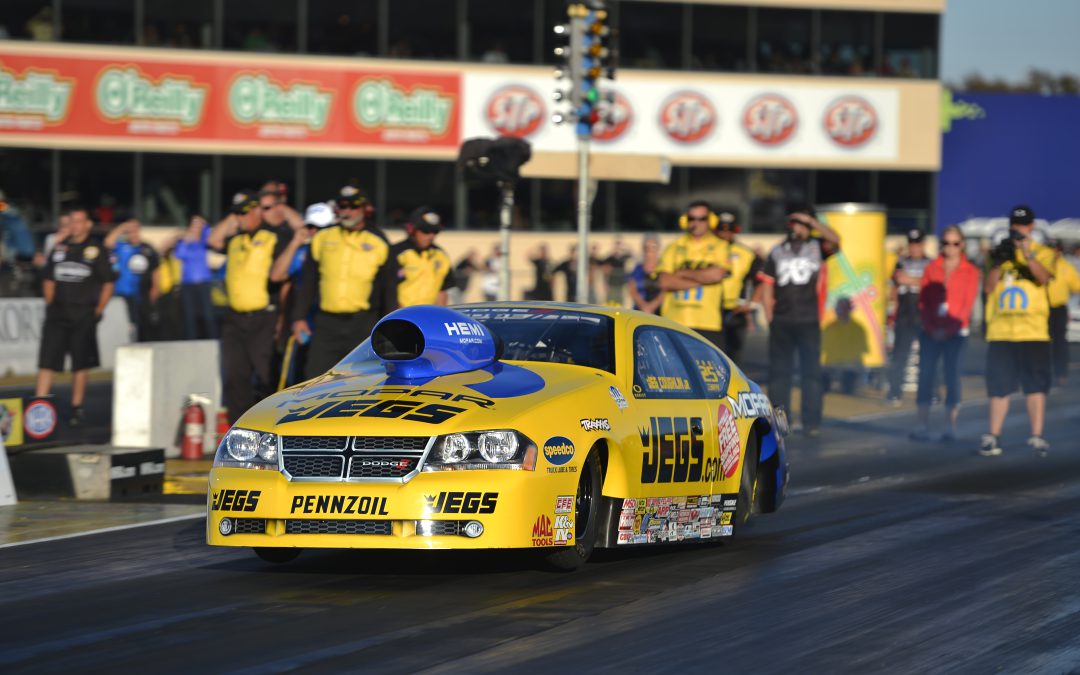 SEATTLE (Aug. 3) – After powering his way to the top half of the field in the final qualifying session of the NHRA Northwest Nationals on Saturday at Pacific Raceways, JEGS.com/Mopar Pro Stock driver Jeg Coughlin Jr. is looking for big things from eliminations.

The J&J Racing team made some changes to Coughlin's Dodge Avenger before this weekend's race, but because Friday's two qualifying sessions were rained out, Coughlin had only two passes to assess the car.

"Surely, that's where we're capable of being," Coughlin said. "Tomorrow's race, I think we're going to be a car that's only going to get better and better, and that's exciting to me."

Coughlin, coming off a runner-up finish at Sonoma Raceway last weekend, will face Steve Kent in the first round of eliminations after Kent qualified No. 12 with a pass of 6.606 seconds at 209.36 mph.

Kent's elapsed time was a tad quicker than Coughlin's pass in Q1, but the team simply wanted the car to go down the track.

"Coming from Sonoma, we had some issues with the car we were fighting," Coughlin said. "The guys really checked things out quite a bit coming in to this race, and we changed the rear setup just a little bit just to see what would happen.

"As it turned out, we lost Friday's runs altogether, which really didn't work to our benefit. That first run I made today in Q1, the car drove out and wanted to go to the centerline. It was a couple feet from the centerline, and I was working the wheel pretty hard and negotiating some gears to try to get it calmed down and back in the groove."

Finally, in fourth gear, Coughlin had the car back in the groove, and it made a pass of 6.608 seconds at 210.60 mph. After some more adjustments, Coughlin jumped into the top five Q2.

"We made some changes in the back end of the car, just to try to get it to go straight," Coughlin said. "It's not rocket science. We've got three cars here, and two of them are working pretty darn well. We were able to average some things out, and the car went much, much straighter."