Jeg Coughlin Jr. to chase missing jewel in his Pro Stock crown from No. 6 position 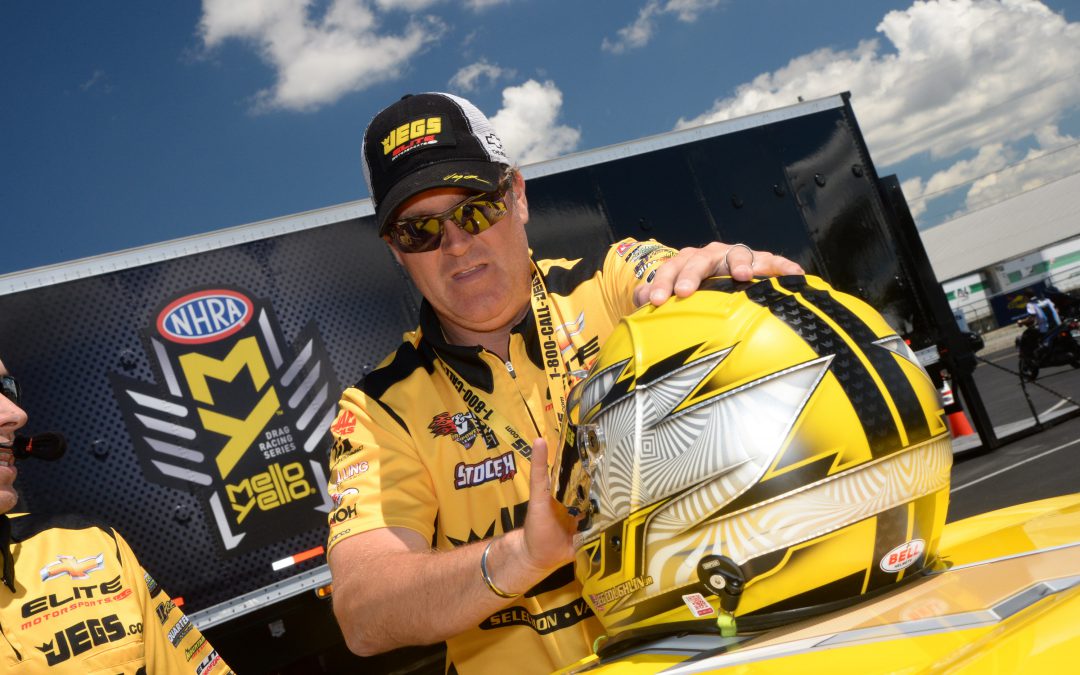 NORWALK, Ohio (June 24) — With six world championships and 76 victories, Jeg Coughlin Jr. wants for nothing in his drag racing career, but the 47-year-old from Delaware, Ohio, admits a victory Sunday at Norwalk — one of only two racetracks on tour where he has yet to win a national event– would be a sweet addition to his resume.

Coughlin will begin that quest from the No. 6 starting spot after posting a competitive 6.610 at 209.49 mph in qualifying his JEGS.com/Elite Performance Chevrolet Camaro. The effort kept him a perfect 12-for-12 in qualifying in the top half of the elimination field this season.

"I have yet to have an official national event win here at Norwalk," Coughlin said. "We won the K&N Horsepower Challenge here in 2009, which was fantastic because this was our new home track since the NHRA schedule transitioned from Kirkersville to here. We won a bunch in Kirkersville, but not here just yet, so certainly that puts a special light on tomorrow's race."

After finishing runner-up in Houston and Topeka, and qualifying atop the Pro Stock field in Houston, Charlotte and the last stop on tour in Bristol, Coughlin knows he has everything he needs to win. It's just a matter of getting it done.

"We've had two days of qualifying here in Norwalk and have been dealt a couple of very different hands in those two days," Coughlin said. "Friday was rainy and cool and the track was tight. Today we have had a beautiful day with much dryer air than we had Friday and our Pro Stock cars generally thrive on that. However, it was a bit warmer so our crew chiefs had to navigate the track a little differently."

"We really felt coming into today that we would improve on our two 6.62s from yesterday and we did. We had a super consistent car running a pair of 6.61s today, which was pretty stout for the racetrack and the conditions. Now it's time to focus on pecking away at some of the inefficiencies we have. I know we left a couple of hundredths of a second out there. Of course, that's really easy to say and super hard to get, but I am confident we will find a way and that has us excited."

As the No. 6 qualifier in the 16-car field, Coughlin will open eliminations against Elite Motorsports teammate Alex Laughlin, who qualified 11th with a best of 6.632 at 208.26 mph. Coughlin and Laughlin faced each other for the first time this season in the second round of last weekend's race in Bristol, Tenn., an event Laughlin went on to win.

"We have a tough road head of us tomorrow," Coughlin said. "We face our teammate and last week's winner, Alex Laughlin, in the first round so we know very well what he can do. Still, I feel we're going to have a great car and we are ready to take it to the final and hopefully bring home the Wally."