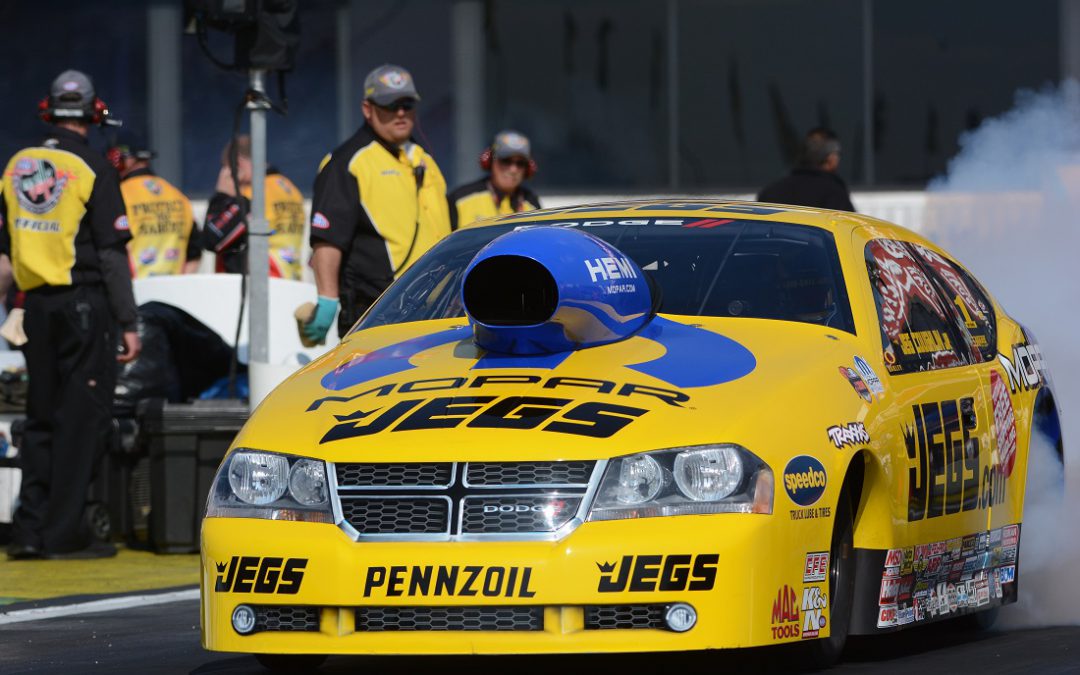 GAINESVILLE, Fla. (March 11) – Pro Stock champion Jeg Coughlin Jr. and the JEGS.com/Mopar Dodge team are relishing the feeling millions of Americans get to enjoy on a daily basis: Driving a new car.

Coughlin will debut a new Dodge for the Amalie Motor Oil NHRA Gatornationals this weekend at Auto-Plus Raceway at Gainesville. And while there may not be the new-car smell so many people get to breath in, Coughlin and his team are excited about the possibilities of their new race car.

"Since Phoenix, we've completed a brand-new race car," Coughlin said. "We're going to pull the covers off of the new car on Thursday, right before Gainesville starts. That's extremely exciting for us. The new car seems extremely drivable, and it's very responsive. It's been very quick in the runs I've run it."

The new model will be introduced to the media on Thursday in a ceremony highlighting the 50th anniversary of the HEMI. Coughlin and teammate Allen Johnson will have some help from some very large friends who reside at Two Tails Ranch during the unveiling.

Fans will be able to see the new Dodge for the first time during Friday's qualifying sessions.

"What do we expect?" Coughlin said. "We expect the unveiling to go off in trumpets, if you will, and we’ll have a little fun with that. I'm really excited to be part of an unveiling like this, with Chrysler, Mopar, Dodge and JEGS.

Coughlin and the team have tested the car extensively this week in Bradenton, Fla., and he doesn't expect to skip a beat once the car hits the track in Gainesville.

"We look for the car to be very tuneable and to be very fast," Coughlin said. "Without question, we want to try and get our first victory of the year and the first victory with the new body at the very first race."