Jeg Coughlin Jr., Troy Coughlin both qualify No. 7 on Day 1 of U.S. Nationals 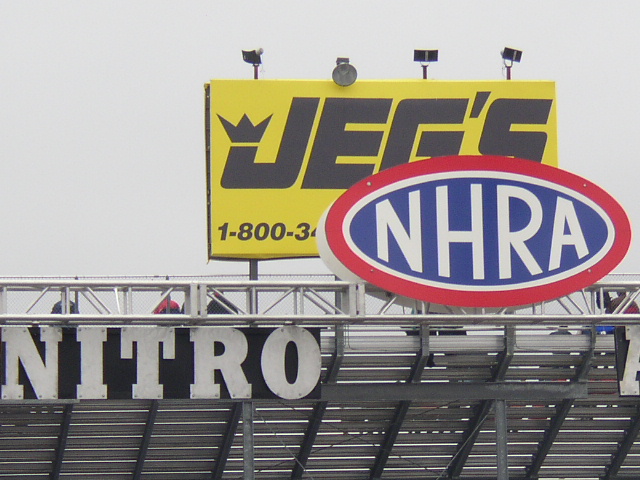 INDIANAPOLIS (Aug. 30) – Seven was truly the lucky number for Team JEGS drivers Jeg Coughlin Jr. and Troy Coughlin after one round of qualifying for the U.S. Nationals on Friday at Lucas Oil Raceway at Indianapolis.

Both drivers qualified No. 7 in their respective classes on Friday's first day of the U.S. Nationals, Jeg in Pro Stock and Troy in Pro Mod.

And for good measure, Troy Coughlin Jr. won two rounds in Super Comp, though he dropped an opening-round match in Super Gas.

For Jeg Coughlin Jr., the first day at Indy was a chance to start getting some redemption from the teams' showing in Brainerd.

"Honestly, we're trying to get our act together from Brainerd," Coughlin said. "We made two days of testing in St. Louis, and things went really well."

Coughlin's first pass in Indy was 6.888 seconds at 206.07 mph, putting him in the top half of the field. Plus, he knows there is room for improvement.

"The car really wasn't too bad that first run," Coughlin said. "We were just a little too aggressive, honestly. If we had a little bit cooler track conditions or if we had manipulated our package, we could've gotten away with that. It doesn't take much to show another hundredth or two in performance."

Coughlin and the JEGS.com/Mopar Dodge Avenger team have four more qualifying sessions to improve, as Indy's unique format has three days of qualifying instead of two.

"We definitely had enough in it to run close enough to the front, if not to the front," Coughlin said. "We're going to have to wait another day. We've got two runs tomorrow, two runs Sunday. If we can't get this thing close to perfected after five runs, shame on is.

"It's Indy. We're throwing everything we've got at it, and we're on kill."

Troy Coughlin, second in the Pro Mod points standings, had the top speed in the first round of qualifying, making a pass of 6.151 seconds at 242.67 mph.

His son, Troy Jr., was racing in the "Big Go," too, both in Super Comp and Super Gas. He beat Billy Torrence in the first round of Super Comp with a perfect package (a .000-second reaction time and a 8.900-second pass on an 8.900 index), then took out John Deakins in Round 2. Coughlin has a bye in Round 3, putting him through to the fourth round in Super Comp.

In Super Gas, Coughlin fell to Chick Ross in the first round.