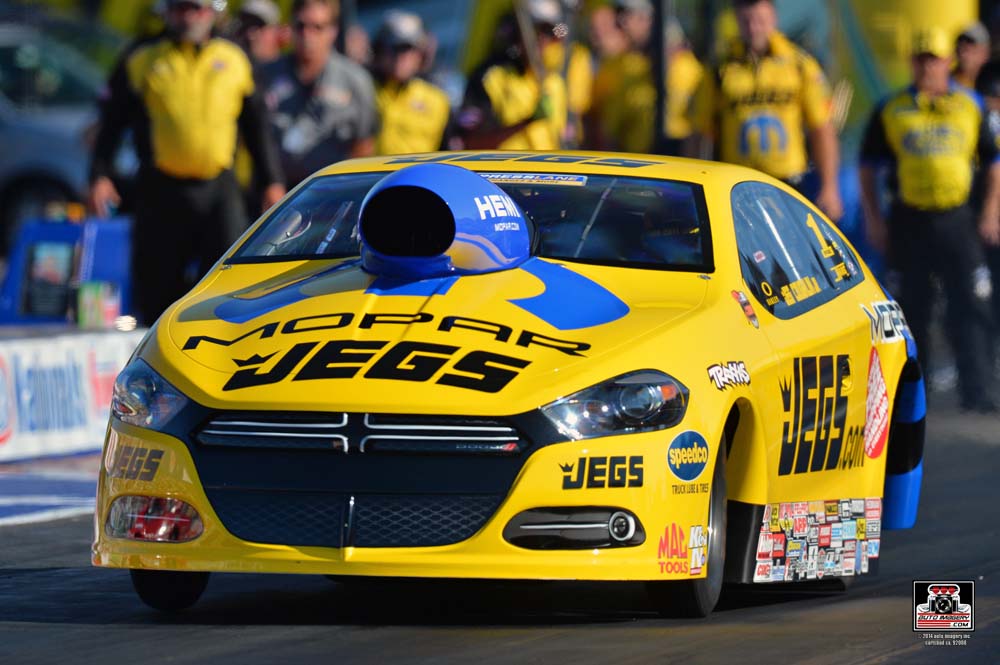 Coughlin, an Ohio native gunning for his first Pro Stock win at Norwalk, was feeling good about his chances in his home state after qualifying No. 6. But his pass of 6.658 seconds at 209.17 mph wasn't able to hold off Johnson.

"The good thing was one of us was going to advance," Coughlin said. "We certainly felt like we had a great car for today. And I felt good behind the wheel. We had lane choice going into the right lane, which we were pretty happy about. We just didn't execute, unfortunately."

"I let the clutch out, and the car just didn't go anywhere," Coughlin said. "It immediately struck the tire extremely hard, spun up and lost all of its momentum. From there, it was just, try to get it through the gears, and that was pretty easy to do, but I could see him starting to make some tracks on me."

"I was pretty upset about it, the fact that we got beat," Coughlin said. "It wasn’t about who we got beat by, but we only come to Ohio once a year to race, and I really felt like this was going to be a great outing for us."

That gave him lane choice over Johnson, but the Dodge Dart couldn't stay consistent in the second round.

Next up for Coughlin is the Mopar Mile-High NHRA Nationals on July 18-20 at Bandimere Speedway, held at the altitude in Denver, and Pro Stock teams have to make radical changes to their cars to compensate for the lack of oxygen as compared to sea-level races.

"We'll pick up the pieces," Coughlin said, "change 100 percent on the car and get ready for Denver."