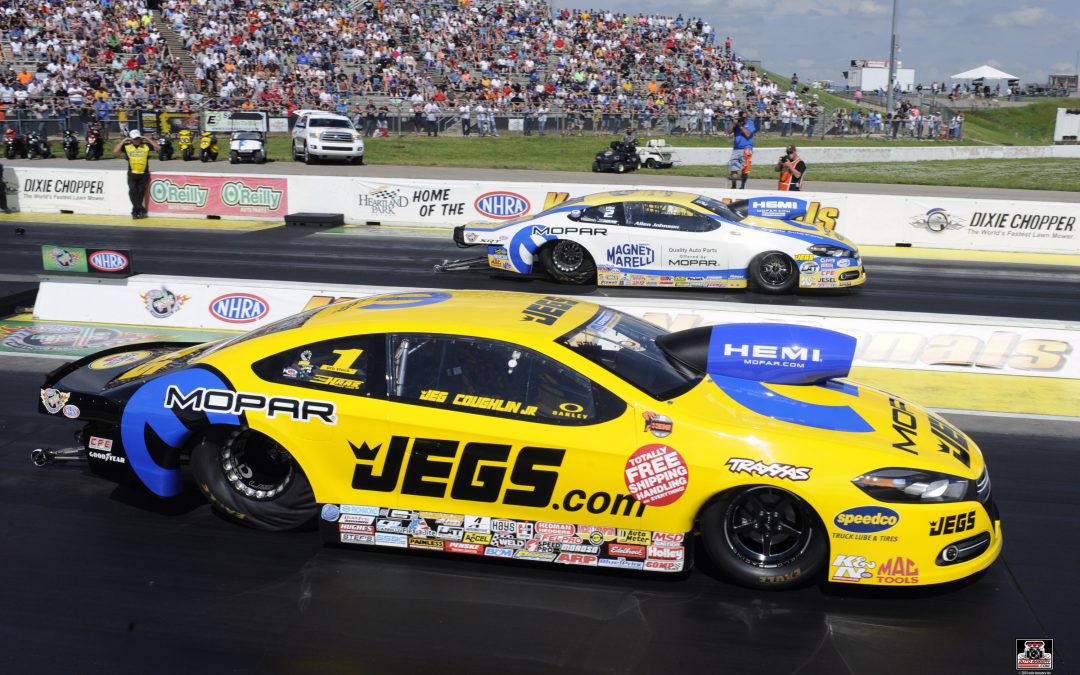 Coughlin fell in the Topeka final to J&J Racing teammate Allen Johnson, but after winning in Atlanta last weekend, he and his team are on a roll.

"We're going in the right direction," Coughlin said. "We've had some great momentum with the win in Atlanta, and getting to our second final of the year in consecutive weeks feels nice. We're going to one of my favorite tracks on the tour, Englishtown, this week.

Coughlin and his team had as complete a weekend as any this year, performing well in qualifying, getting the No. 4 qualifying spot, and then racing to the final round.

Coughlin started Sunday by taking out Rodger Brogdon in the first round with a pass of 6.653 seconds at 206.54 mph, beating Brogdon's slowing 6.753-second run at 195.08 mph. Coughlin was good on the Christmas Tree, too, with a .025-second reaction time.

That put Coughlin against No. 1 qualifier Vincent Nobile in the semifinals, but the race was over when Nobile went -.005 red. Coughlin, meanwhile, had another excellent light, .019, and made a solid pass of 6.677 seconds at 206.54 mph to reach the final.

"We were still a little bit aggressive there in the final run," Coughlin said. "We thought the track would be better than our run before when we were first pair without the drag, but we just barely missed it. I guess it wasn't meant to be."

Coughlin was aiming for another good light but was a tick off, giving Johnson a lead he wouldn't relinquish.

"Just lost it a little bit in the final," Coughlin said. "Not real sure why yet at this point. We were shooting to be somewhere between .011 and .016. We moved some stuff around and everything felt great. We just missed it."