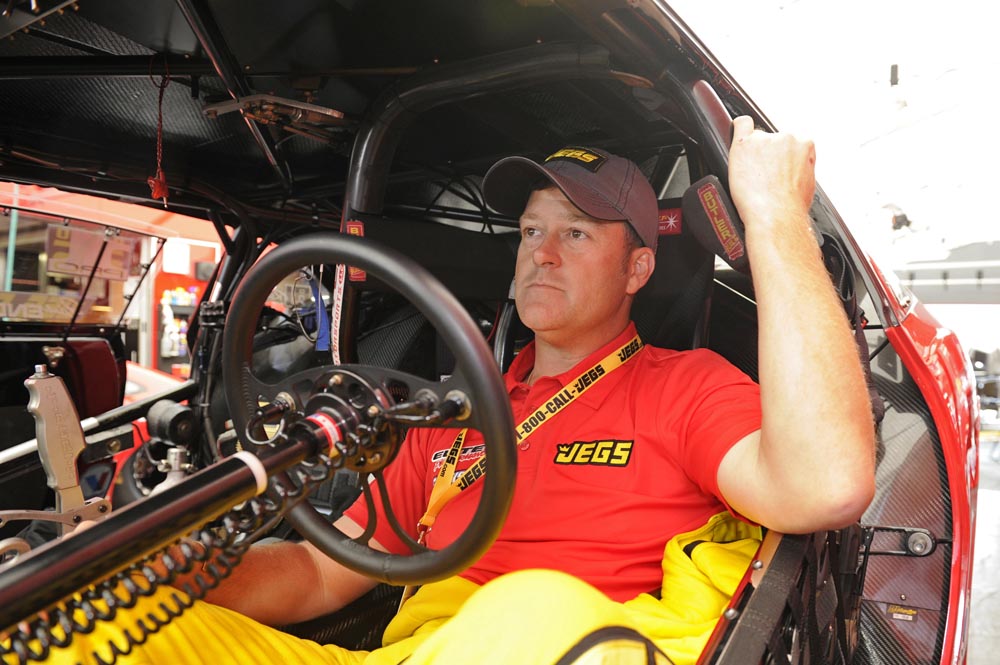 SEATTLE (Aug. 4) — Jeg Coughlin Jr. showed why he's a five-time Pro Stock champion in his first race of the season last weekend in Sonoma, Calif., by storming from the lofty No. 4 qualifying position to a respectable semifinal result. The 58-time NHRA national event winner hopes to keep that momentum alive this weekend at Pacific Raceways during the 28th annual Pacific Nationals.

"We're coming off a good first effort with the Elite Motorsports team," Coughlin said. "We had about as good an outing as we probably could have expected. We were able to make seven out of a possible eight runs so that allowed me to get re-acclimated to a Pro Stock car and gather up the focus it requires to execute good runs.

"The goal at Seattle is to continue what we started in Sonoma. We would like to be a top-half car in qualifying, maybe sneak up into the top three during a round or two and gather up some bonus points to keep some of the others from earning them, and then attack race day."

The Seattle race will mark the second of three national events that Coughlin plans to race with longtime friend and championship-winning team owner Richard Freeman. He will once again drive the Mark Stockseth/Elite Motorsports Chevrolet Camaro tuned by the talented trio of Rick and Rickie Jones and Mark Ingersoll.

"I can't thank Mark Stockseth, Richard Freeman and the entire Ray Skillman Chevrolet family enough for giving us the opportunity to work with such a talented group," Coughlin said. "Rick and Rickie Jones, Mark Ingersoll, and the rest of the crew, I'll tell you, I've been on a lot of teams and had great successes in the past but this is a fine orchestra of talent all working together in concert so well. It's impressive.

"It didn't take very long working alongside these guys to see why they won the championship last season. They were calm and cool throughout the weekend and that's a sure indicator of a team that has confidence in what they are doing. Add in a champion like Erica Enders behind the wheel and you have everything you need to win it all many times."

After making his way through qualifying, Coughlin went wire-to-wire to beat Matt Hartford and used a .017-second starting line edge to pull off a holeshot victory over Vincent Nobile to reach the semifinals. He had another great launch against Chris McGaha but ultimately lost by .02 seconds at the top end.

"I'm fairly pleased with the way I drove on race day," Coughlin said. "We had a .007 light and a .010 light in the second and third rounds (respectively) so that was encouraging. It felt very natural in the car, which is about what we expected. Now I need to keep it going in the Great Northwest."

Coughlin, who won the Seattle race in 2002, also will be racing a custom-built ’66 Chevy II station wagon in the Super Street class this weekend, doubling his chances to reach his 100th career final round.