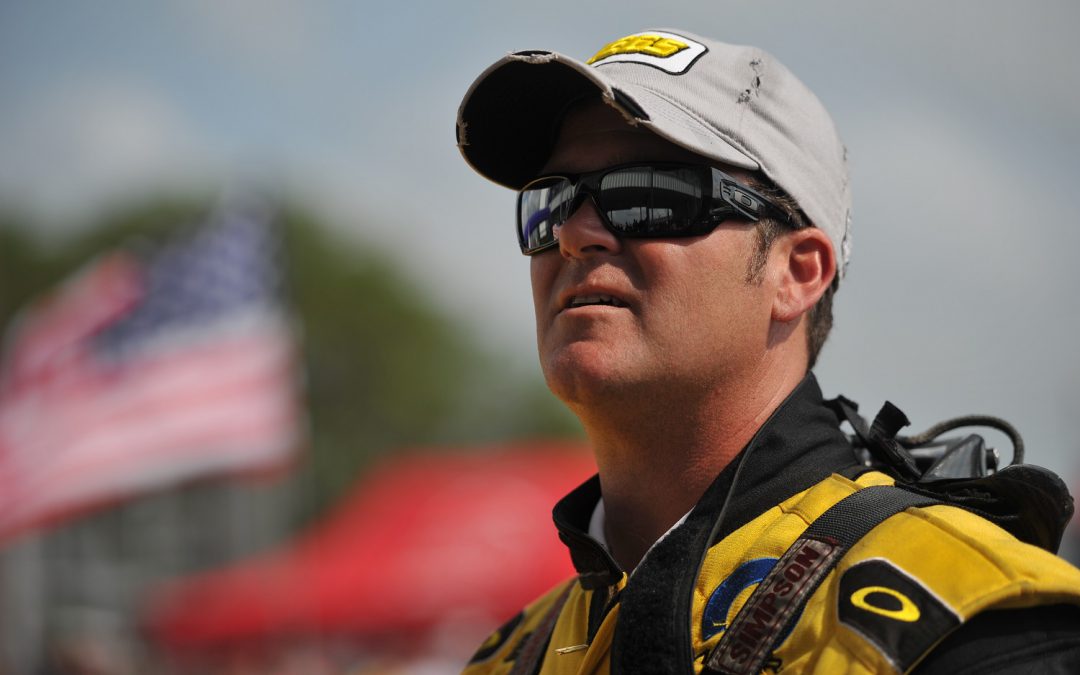 CHICAGO (July 8) — Six-time world champion drag racer Jeg Coughlin Jr. returns to the national stage this weekend at the Lucas Oil Route 66 Nationals in Joliet, Ill. Coughlin, a five-time titlist in the cutthroat Pro Stock ranks, will remain on hiatus from professional competition and compete in both Stock and Super Gas in the Windy City.

Troy Coughlin Jr., who turned pro this year to battle for the J&A Service Pro Mod Drag Racing Series championship, also will return to his roots this weekend and race his JEGS.com Super Comp dragster. Troy Jr. is Jeg's nephew and the son of two-time world champion Troy Coughlin.

"We're ready for a great weekend of NHRA Drag Racing and lots of top-notch Sportsman competition," said Jeg, whose sixth world title was accomplished in Super Gas. "T.J. and I will be trying our best with our cars and of course we'll all be intently watching the action in the annual JEGS Allstars race.

"Everyone at JEGS puts a lot of time and effort into making the Allstars race the most prestigious and highly-regarded event of the year. You've got the best of the best from all seven of the NHRA's geographic regions battling for individual and team honors and it's long been a must-see event."

When he's not watching the sports top Sportsman racers vie for the JEGS Allstars hardware, Jeg will be racing his Dodge Challenger Drag Pak in Stock and his Corvette Roadster in Super Gas.

"I haven’t raced either car in quite awhile so I'll need to get up to speed as quickly as possible," Jeg said. "I last raced the Dodge at the U.S. Nationals in 2012 so we've been working hard to get it cleaned up and updated for this weekend. It should be a great ride for me and I have a ton of notes from 2012 that I've been reviewing. I'll also have Jeff Taylor and Ron Richards jumping in to help so my expectations are high.

"T.J. has been racing the roadster a lot so even though I haven't driven it since 2011 he's told me it's ready to go. That car has been good from the start. It's very easy to drive and super consistent. If the driver does his job, we could do well with that one."

Both Jeg and Troy Jr. will be joined in the pits by Jeg's wife Samantha, a decorated drag racer in her own right, and the couple's new baby Carly. There will also be lots of support staff from JEGS Automotive to cheer on the team and help with the execution of the JEGS Allstars race.

"It's another family weekend and that by itself has me excited," Troy Jr. said. "It's been a blast racing Pro Mod with my dad all year and whenever I get the occasional chance to race with Uncle Jeg I jump at that as well. He's done it all and he's always been a value resource and mentor for me.

"I've been trying to race the dragster as much as I can on the weekends when Pro Mod isn't on the schedule just to stay sharp and get more seat time. If we can get some good focus from the driver and the tenacity to adapt to whatever conditions we encounter, we can have a big weekend."