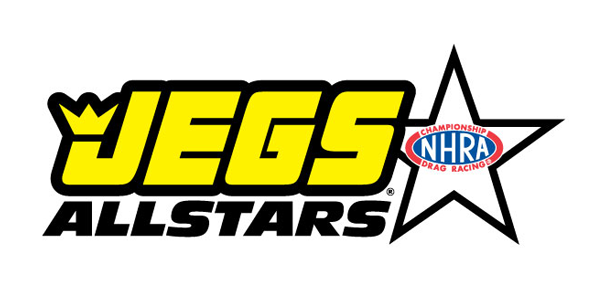 NHRA announced a change to the structure in which racers earn points toward a berth in the popular JEGS Allstar program.   Beginning with the 2018 JEGS Allstar event, racers will now count their best five in-division events toward their JEGS Allstar point’s total.  Previously a racer would count all in-division events toward their points total but by moving to a racer’s best five events, it will open the program up to more JEGS Allstar hopefuls.   The point’s structure will continue to be a 12-month point’s battle in that events in the second part of 2017, along with events at the beginning of 2018 will count towards a racers 2018 points total. Representing your NHRA home division at the prestigious JEGS Allstars, and having the chance to be crowed a JEGS Allstar Champion is a highlight of any racers career.  The annual event is hosted at the NHRA Route 66 Nationals at Route 66 Raceway outside Chicago with a weekend of activities.  The JEGS Allstars welcome dinner kicks off the festivities on Friday night, followed by JEGS Allstar Saturday with the driver introductions pre-race ceremony, three rounds of competition and a winner’s circle celebration including the crowning of both team and individual champions. The 2017 JEGS Allstar Points are final in divisions 1, 2, 4, 6, and 7.  Division 3 will set their team after the Lucas Oil Series event in Norwalk, Ohio, this weekend, and the Division 5 team will be set the weekend of June 2-4, at SRCA Dragstrip in Great Bend, Kan.  The Top Alcohol Regional Teams are set for the East, Central and West Regions with the North Central Region finalizing their team this weekend. The 2018 JEGS Allstar points will begin at the following events: Maple Grove Raceway, Reading, Pa., May 26-28, 2017Atlanta Dragway, Atlanta, Ga., May 19-21, 2017Route 66 Raceway, Chicago, Ill., June 2-4, 2017Texas Motorplex Dallas, Texas, April 28-30, 2017Bandimere Speedway, Denver, Colo., June 16-17, 2017Mission Raceway Park, Mission, BC, June 2-4, 2017Auto Club Dragway at Auto Club Speedway, Fontana, Calif., May 19-21, 2017