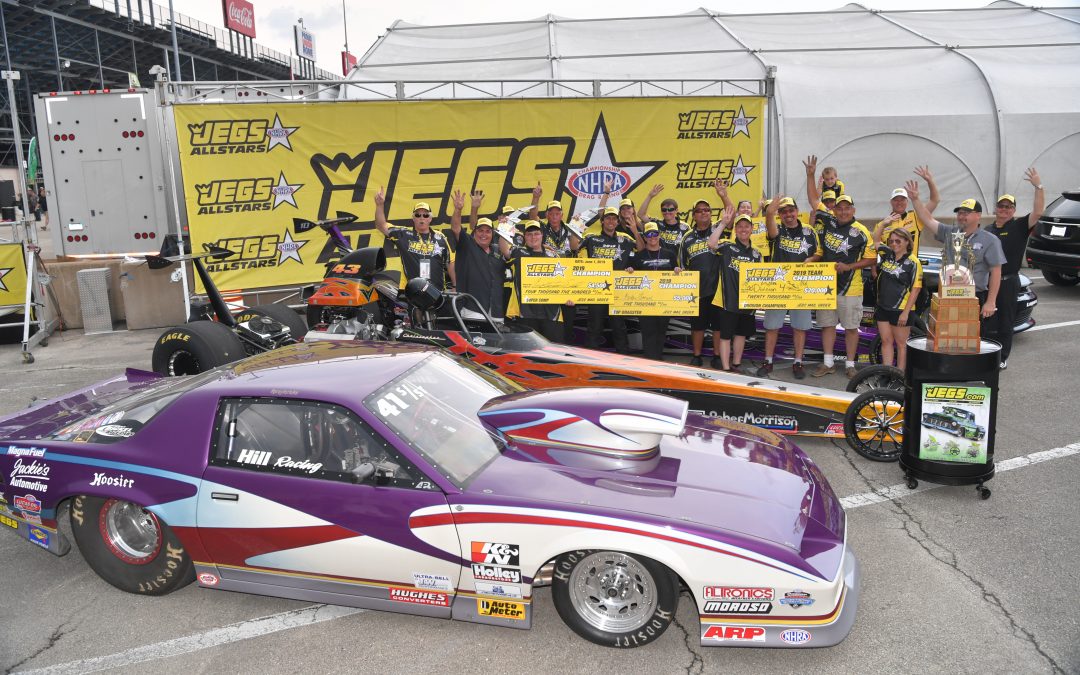 INDIANAPOLIS (Sept. 1) –The best Sportsman racers that NHRA has to offer are headed for historic Lucas Oil  Raceway at Indianapolis this weekend to take part in the 36th annual JEGS Allstars, a special event held during the Denso Spark Plugs  U.S. Nationals. The event was originally scheduled to take place in Chicago in June, but has been moved to Indy as a result of the COVID-19 pandemic. 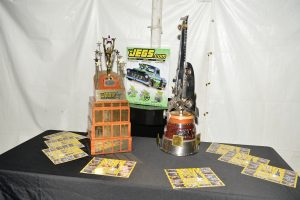 For the 80 racers who have qualified for the special event, winning an individual title at the JEGS Allstars race is a tremendous achievement, but being a part of the winning overall team is an extra-special accomplishment, particularly on the hallowed grounds of Lucas Oil Raceway, home of NHRA’s oldest and most revered event.

Each season, the JEGS Allstars competition crowns individual champions in ten separate eliminators, and an overall team champion. A highlight of each season for a third of a century, the JEGS Allstars event features a total purse of more than $150,000, making it one of the richest events of its kind.

The Division 4 team comes into this year’s event as a favorite to win a ninth title with a strong line-up that includes world champions Craig Bourgeois and David  Rampy, as well as defending U.S. Nationals Top Dragster champ Rusty Baxter and Darian Boesch, who will be a blocker in Top Dragster and a points-earner in Top Sportsman.

Rampy and  Bourgeois are  just  two of the 14 former or current NHRA national champions in the field. That list also includes reigning Top Alcohol Dragster champion Megan Meyer and current Stock champ Allison Doll, two of eight women who have qualified for the JEGS  Allstars. 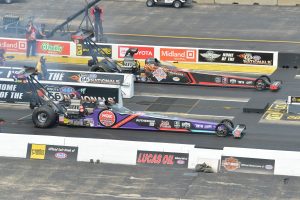 Meyer, along with her sister, Rachel, are among the  favorites in Top Alcohol Dragster are along  with their teammate, Norway’s Julie Nataas, who is coming off a victory in last weekend’s North Central Region event in Bowling Green, Ky.

The Top Alcohol Funny Car class also delivers a stacked line-up, although the only driver in the field who has previously won a JEGS Allstars title is defending event winner Ray Drew from the Central Region team. The Top Alcohol categories compete for their own championship, separate from the eight other eliminators. 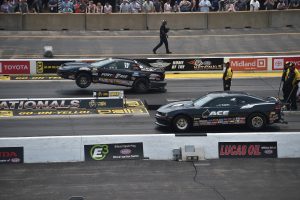 In addition to Doug and Allison Doll, the Northeast Division team features world champions Frank Aragona Jr. and Lee Zane. The Division 1 crew are also seeking their first Allstars overall crown since 2010 when they won three of ten classes.

The Southeast Division team has enjoyed tremendous success at the Allstars with their most recent title coming in 2015. This year, their hopes are pinned on Jeff Strickland, who is pulling double-duty in Stock and Top Dragster, along with two-time Allstars champ Mike Crutchfield in Super Stock, and world champion David Tatum III, the Top Sportsman rep.

The North Central squad will be looking to break the title with the Division 4 team and garner their ninth win and they have all the weapons necessary to do it including recent JEGS SPORTSnationals Comp champ Chad Voges, reigning Super Gas champ Jeremy Mason, and past Allstars winner Lester Johnson in Top Sportsman.

Also a member of the Division 3 team is Team JEGS driver Paige Coughlin, who is racing in Super Comp. The third-generation racer is hoping to join her uncle, Jeg Jr., who won JEGS Allstars titles in 1991 and 1997. 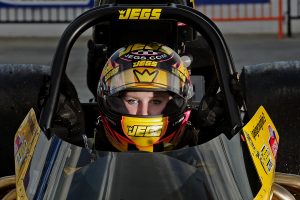 The West Central Division team didn’t win their first overall title until 2014 but they added a second in 2016 and they could easily add a third thanks to a talented squad that includes Trevor Larson, the only driver to double-up in the JEGS Allstars and Comp racer Matt Harris, who is making his sixth appearance at the event.

The Northwest Division team is looking for their first title since 2005 and has brought to Indy a line-up that includes Ryan Warter, the son of 1989 JEGS Allstars champ Jim Warter, and two-time Allstars winner Jeff Lane. Also a member of the Division 6 team is Mike Ferderer, a former Super Gas champ now racing in Top Sportsman.

The gang from the Pacific Division, who last claimed the overall title in 2012, will be looking to regain the top spot and there is no reason to think they won’t be able to with a core group that includes five-time world champ Justin Lamb, in Stock and two-time national event winner Scott McClay in Comp.

Any racer who can win Saturday’s JEGS Allstar title and then return on Sunday to win the Denso U.S. Nationals in the same class will be eligible for the JEGS double-up bonus.