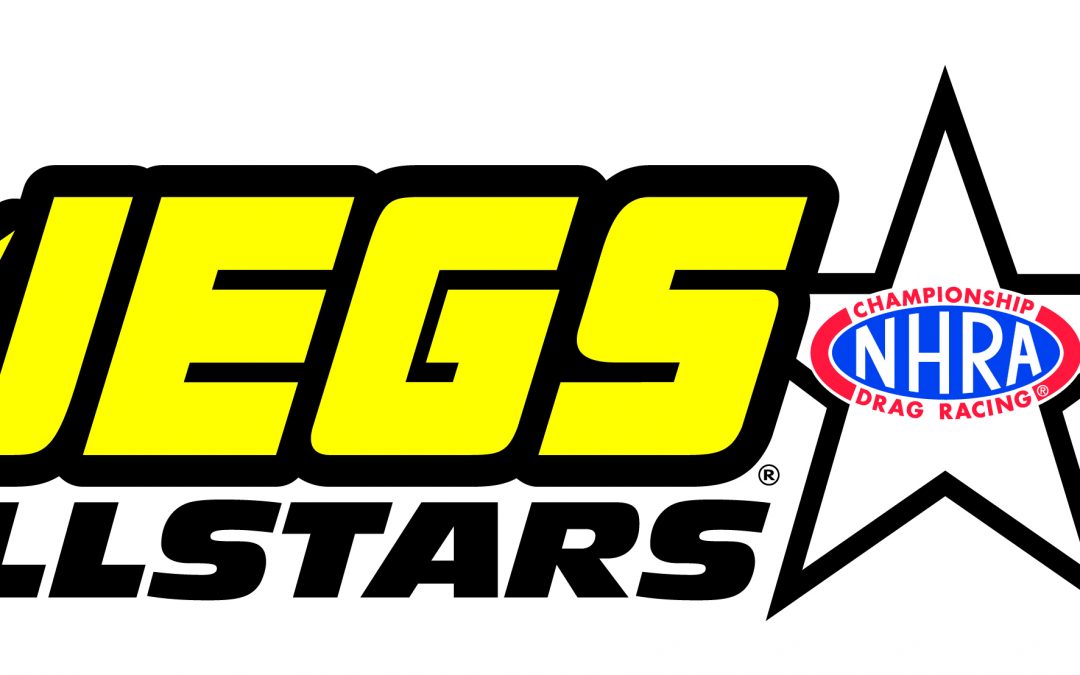 The alcohol title was clinched by the Eastern Region after Jackie Fricke drove to the Top Alcohol Dragster title and Dan Pomponio earned a runner-up finish in Top Alcohol Funny Car.

Larson, who has the distinction of being the only driver to double-up at the JEGS Allstars race, defeated Division 4 racer Christopher Dodd in what was easily the most memorable final round of the day. On the starting line, Dodd was perfect with a .000 reaction time but his advantage was almost nil since Larson had an equally-competitive .001 light. Larson won with an 8.909 run after Dodd broke out with an 8.873.

Thies chipped in with three round wins of his own in Super Street after topping Division 2 racer Kevin MacNicol in a double-breakout final, 10.877 to 10.874. Thies was also stellar on the starting line with two near-perfect reaction times in his three round wins.

Firestone, who already has two divisional victories this year, added the JEGS Allstars title when he slipped past defending JEGS Allstars champion Kynon Dinkel in the Top Sportsman final. Firestone also turned in an impressive performance with a 6.561 on his 6.56 dial-in.

The Division 4 team made a strong run at what would have been a record ninth overall championship with strong performances by Comp winner Craig Bourgeois, and Stock  star Slate Cummings. Bourgeois, a past national champion in his front-engine Nostalgia Dragster, won after reigning world champion Frank Aragona Jr. red-lighted in the final.

Cummings continued his run of exceptional performances at the JEGS Allstars race with his fifth title. Cummings won in Stock Eliminator after his opponent, Division 5 racer Tyler Wudarczyk, encountered a problem on the starting line and received a foul start.

After just missing out on the Super Stock world championship last year, Division 7 racer Kyle Rizzoli visited the winner’s circle in Indy by beating Division 2’s Mike Crutchfield in the final. Rizzoli drove his Jim Whiteley-owned Camaro to a 9.47 on his 9.45 prediction for the win after Crutchfield broke out.

The Super Gas title went to reigning world champ Jeremy Mason of the Division 3 team. Mason got the win light when opponent Vernon Rowland red-lighted. Rowland was one of several drivers to qualify for the Allstars in two classes, racing in Super Comp and Super Gas.

Cody Webber picked up the Top Dragster victory over Division 5 racer Victoria Johnson on the strength of a .006 light and a 6.38 on his 6.36 dial. Johnson, a past winner of the Mile-High Nationals in Denver, broke out with a 6.56 on her 6.59 dial.

Fricke drove to the Top Alcohol Dragster title by beating Randy Meyer Racing teammates Rachel Meyer and Julie Nataas on the way to the final, where she finished the job with a 5.299 to 5.406 win in a battle against Josh Hart, her East Region teammate. Representing the North Central Region, Ray Drew won his second consecutive JEGS Allstars crown when he stopped Dan Pomponio, 5.500 to 5.591.

Each of the JEGS Allstars winners have earned the right to return next year as a blocker for their respective teams. In addition, any driver who goes on to win the Denso Spark Plugs U.S. Nationals title on Sunday will earn a double-up bonus from JEGS Mail Order.