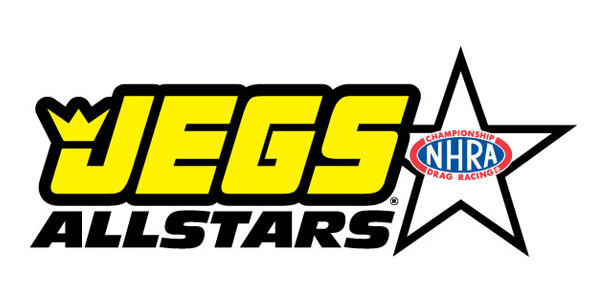 The racers in the JEGS Allstars event will be competing for a share of more than $120,000 in cash awards posted by JEGS Mail Order. The overall team champions will split a $20,000 bonus. In addition, there are close to $50,000 in manufacturer posted contingency awards available to the finalists this year.

Any driver who can win the JEGS Allstars on Saturday and then return to win the JEGS NHRA Route 66 Nationals title the following day will automatically be eligible for a “double-up” bonus from JEGS Mail Order.

Since 1985, the JEGS Allstars has been contested in four locations; Bowling Green, Ky., Indianapolis, Ind., Columbus, Ohio, and Joliet, Ill.

There are two women in this year’s JEGS Allstars field and they are both in the Top Alcohol Dragster class. Megan Meyer will represent the Central Region while Kim Parker will be a part of the Pacific Region team.

There are three racers in this year’s field who are pulling double-duty. Joe Santangelo II is the Division 1 representative in Super Stock and Stock and teammate Nick Willard will race in Top Dragster and Top Sportsman. Jeff Strickland will represent the Division 2 team in Stock and Top Dragster.

The drivers in this year’s JEGS Allstars will represent 33 U.S. states and two Canadian Provinces. There are seven drivers each from Washington and Louisiana and four from Ohio.

By The Numbers (JEGS Allstars Edition)

34      Years for the JEGS Allstars competition