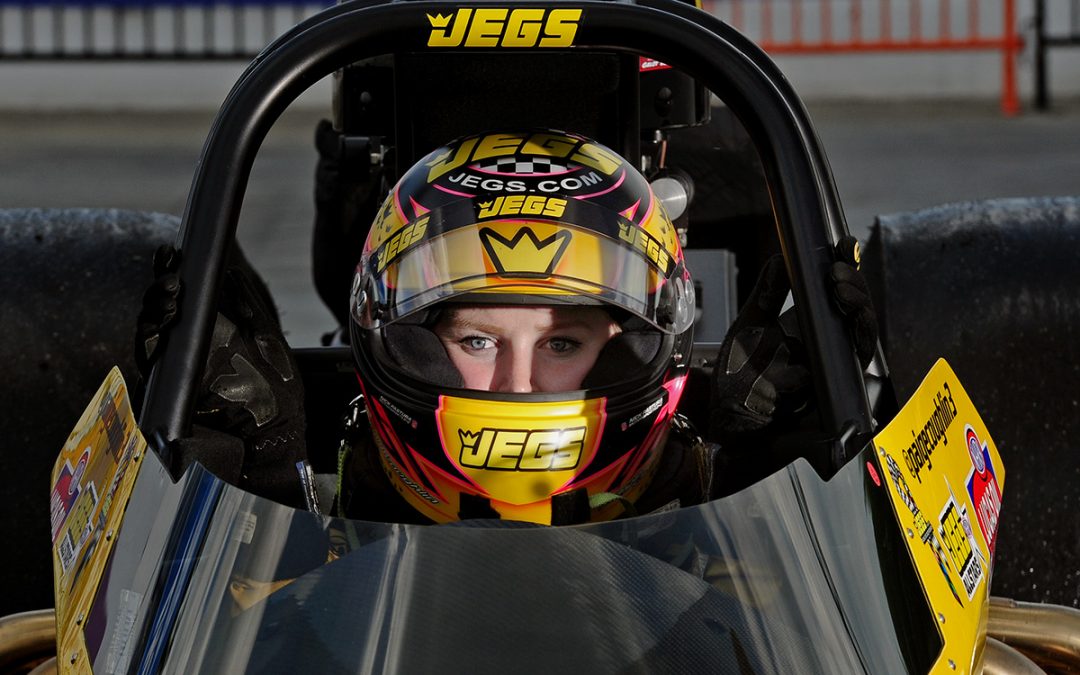 “Being a part of the JEGS Allstars team this year is such an honor,” said Paige, the only Coughlin to make the Allstars squad this season. “It’s very special to have this chance to compete against the best sportsman racers in the country and I am extra excited to be representing Division 3.”

Paige is one 80 racers vying for individual and team honors at the event. Racers must qualify for the JEGS Allstars by earning points in their home divisions during year-long battles in each of the NHRA’s 10 sportsman categories. 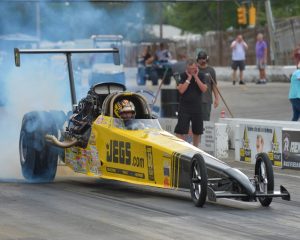 A nice burnout by Mike Coughlin in the JEGS.com Top Dragster

“It would be a dream to win Super Comp at my first JEGS Allstars race but it would be even more special if Division 3 can pull off the team championship,” Paige said. “I am super thankful for my family, my crew chief Justin Beaver, crewman Tony Collier, and everyone else at JEGS.com for helping me become this year’s Allstars rep.

“I am also looking forward to racing in the U.S. Nationals. Having the two biggest races of the year combined in one weekend is definitely unique. It is never easy but we’ll do our best in both races to put this JEGS.com dragster in the winner’s circle.”

Paige’s Uncle Mike barely missed earning another JEGS Allstars berth in his Top Dragster but he’ll be on hand to watch his niece when she’s running, while also competing himself in his first U.S. Nationals in 15 years. 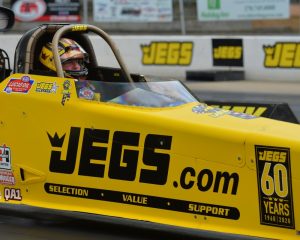 “I’m so proud of Paige,” Mike said. “She’s become such a steady driver and has the ability, like her dad and brother, to stay very calm and focused when she’s competing. That’s the real formula for success in this sport. Plus, her crew always comes through with a perfect combination. I would be thrilled to see her win.

“I’m personally very excited for Indy. We’ve had a couple of great weekends in a row and although we ended up getting delayed by rain, we managed to race all the way to the semifinals at this past weekend’s race in Bowling Green. We’re going to finish that race later this year, and I can tell you we’ll be using the exact same setup from Bowling Green this weekend in Indy.”

Mike is a two-time winner of the U.S. Nationals, having secured the Pro Stock Truck title at this event in 1999 and 2001. He has four more victories at the facility at the divisional level, two in Top Sportsman and two more in Top Dragster.

“We always try to treat all drag races the same and never get too high or too low, regardless of the situation, but this is Indy,” Mike said. “There’s no question it’s a bigger deal than normal. You just can’t escape the history of it all. I’m happy to have guys like Greg Cody, Tony Collier, Dave Raurk and Ryan Micke behind me. I know they’ll have us ready to compete.”

Makenna Brown, the granddaughter of JEGS founder and drag racing Hall of Famer Jeg Coughlin Sr. and his wife Sue, also will represent the yellow and black in Super Comp during the U.S. Nationals. This weekend represents Makenna’s first “Big Go” as a sportsman racer. She previously competed in Junior Dragsters. 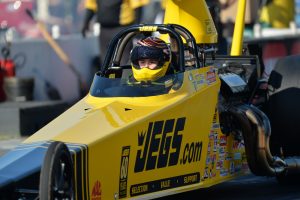 Makenna Brown is ready for her first NHRA US Nationals

“I’m really excited to compete at this race,” Brown said. “The car is running really well and I’m ready to see what this week has in store. There are a lot of amazing racers from all over the country going to Indy but I plan to just take it one round at a time, focus on my routine, and trust all the work my team and I have put into this year.

“I know Paige, Uncle Mike, Uncle Jeg and Troy Jr. have been going all out to prepare for this race and I’m excited to spend time with them and see how they handle the pressure of the biggest race of the year.

“This is also my first race in more than a month. I’ve been spending some time with my dad, who has been in the hospital, but he’s home now and on the road to recovery. I am racing for him this weekend.”

Paige, Mike and Makenna will be joined in the pits by Jeg Coughlin Jr. and Troy Coughlin Jr., who are competing in Pro Stock. Troy Jr. also has a dragster entered in Super Comp.