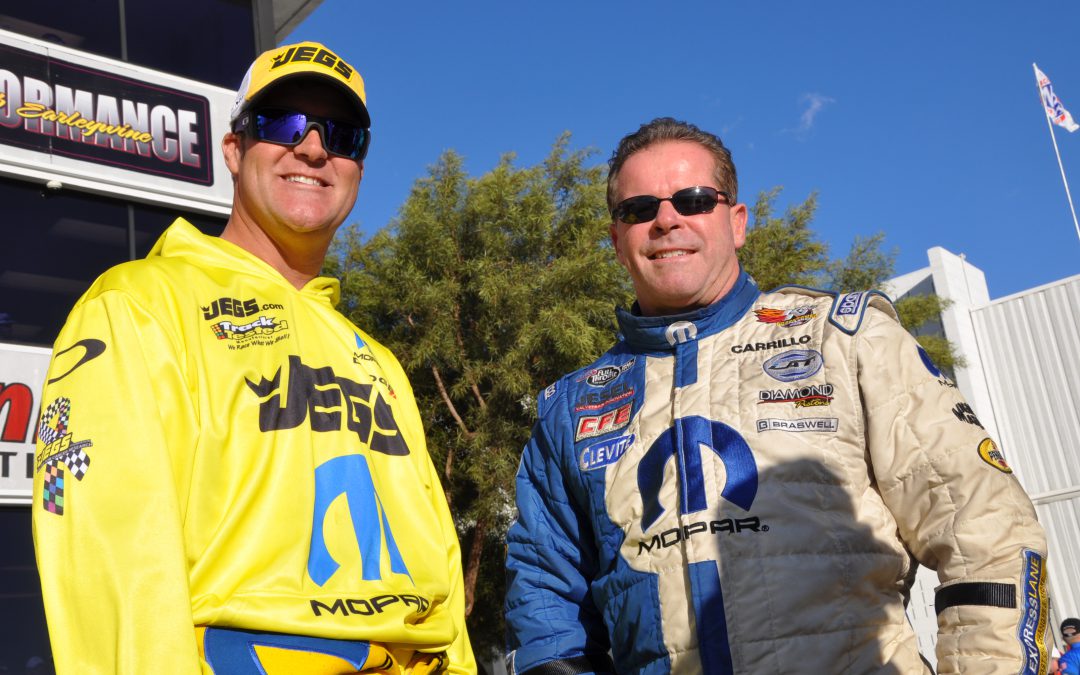 "Allen and I were teammates this year under the Mopar umbrella so it was a very natural progression to become actual teammates moving forward," Coughlin said. "Allen and his father Roy, along with the rest of the guys at J&J Racing, really put on a show this year and proved to everyone that Mopar can compete with and triumph against the best of the best in one of the toughest categories in racing. We're very excited about joining with them."

Johnson led the Pro Stock class with seven victories in 11 final-round showings this year, improving his career record to 16 wins in 36 finals. He also led the field with 10 low qualifier awards, set low elapsed time of the race nine times, and ran top speed on 10 occasions. The end result was the first Pro Stock title for Mopar since 1994.

"The plan is for Allen and I to start a tradition of Mopar winning titles with regularity," Coughlin said. "They have given both Allen and I all the tools we need to succeed and I think the first year of the Mello Yello NHRA Drag Racing Series will be a great one for both of us. We hope to get these cars as close to matching clones as possible so we can really work off one another at every race. The multi-car team approach works, as we've seen in the past, and hopefully it will work for us as well."

Vincent Nobile driving the Mountain View Tire Dodge Avenger, who just completed his second year in the category, will continue to use J&J Racing engines.