JEGS.com Camaro gets loose in Round 1, prevents Jeg Coughlin Jr. from advancing 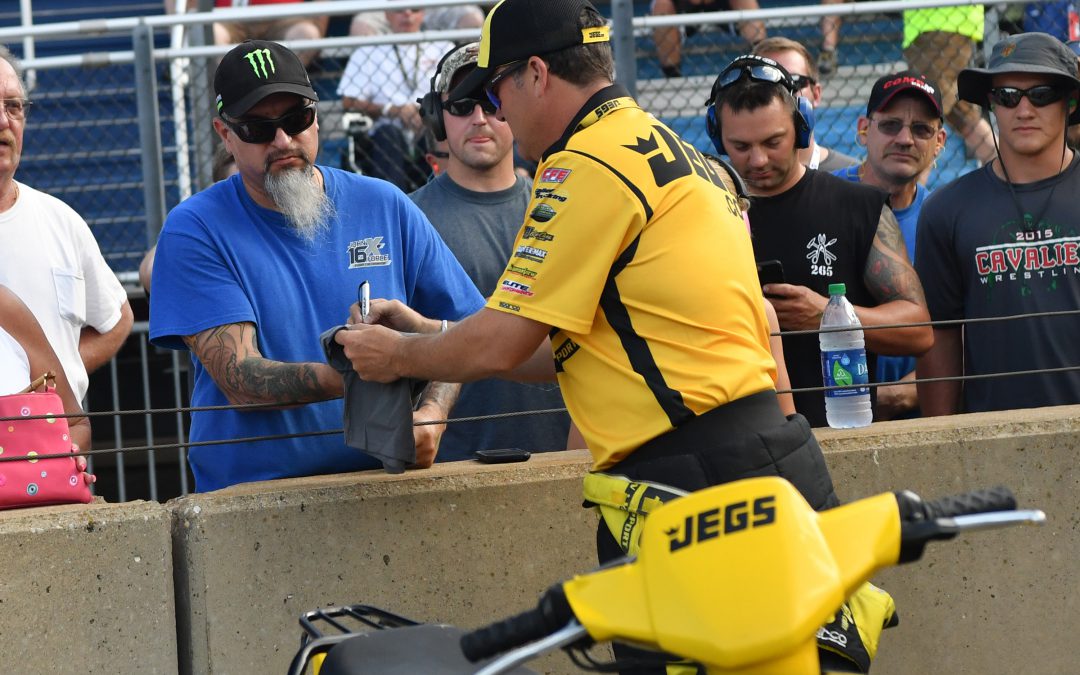 CHICAGO (July 9) — What should have been a routine first-round victory for Route 66 Raceway kingpin Jeg Coughlin Jr. literally went askew 150 feet into the race when the JEGS.com/Elite Performance Chevrolet Camaro lost traction and turned sideways. Coughlin expertly pedaled his car and managed to regain control, but opponent Kenny Delco was already far enough ahead to beat Coughlin by a smidge.

"Unfortunately, we had our hands full there in the first round," Coughlin said. "That was not something we expected the car to do at all. (Greg) Anderson ran a beautiful 6.59 right in front of us so the track was good and we made two good runs yesterday after making some changes going into Saturday so we were happy with where we were with the tune-up. Obviously, the car still isn't happy.

"We've got a weekend off before heading to Denver so we will spend some time between now and then preparing not only for the mountain but for Sonoma, Seattle and the rest of the season. We'll see if we can't get some consistency back in this car."

Although his hot rod was a handful, Coughlin nearly pulled off the win anyway, thanks in large part to a huge .058-second starting line advantage and his fine driving when his car turned on him. At the other end, Delco, who was previously winless against six-time world champ Coughlin, barely eked out the victory with a 6.722 at 206.67 mph to Coughlin's 6.791 at 207.56 mph.

"We damn near pulled it off," said Coughlin, a five-time Chicago winner. "The margin of victory was .011 seconds. Certainly, I could have won it with my left foot had I been a touch sharper at the tree. I was trying to be around .35 on the tree and I
was .40. Maybe a little bit quicker light would have been the difference but still the beat goes on."

Aside from his own racing, Coughlin was thrilled with the outcome of Saturday's 33rd annual JEGS Allstars, the top Sportsman race of the season. In fact, one of the racers, Justin Picillo, was piloting the JEGS.com Stock car in the event and carried on in Sunday's 20th annual Fallen Patriots NHRA Route 66 Nationals, where he went seven rounds before settling for runner-up honors.

"We had a helluva weekend with the JEGS Allstars event," Coughlin said. "Justin did a great job in our JEGS.com Stocker, both in the Allstars race and today's eliminators. He went all the way to the finals, which is really tough to do, so thanks to him for representing us so well. I've been really happy with how that car's responding.

"My Elite teammate, Erica Enders, also raced to a runner-up finish in Pro Stock so although our day was short, we had some great success here in Chicago."