JEGS.com driver T.J. Coughlin is playing the odds this weekend in hopes of winning a million-dollar jackpot. 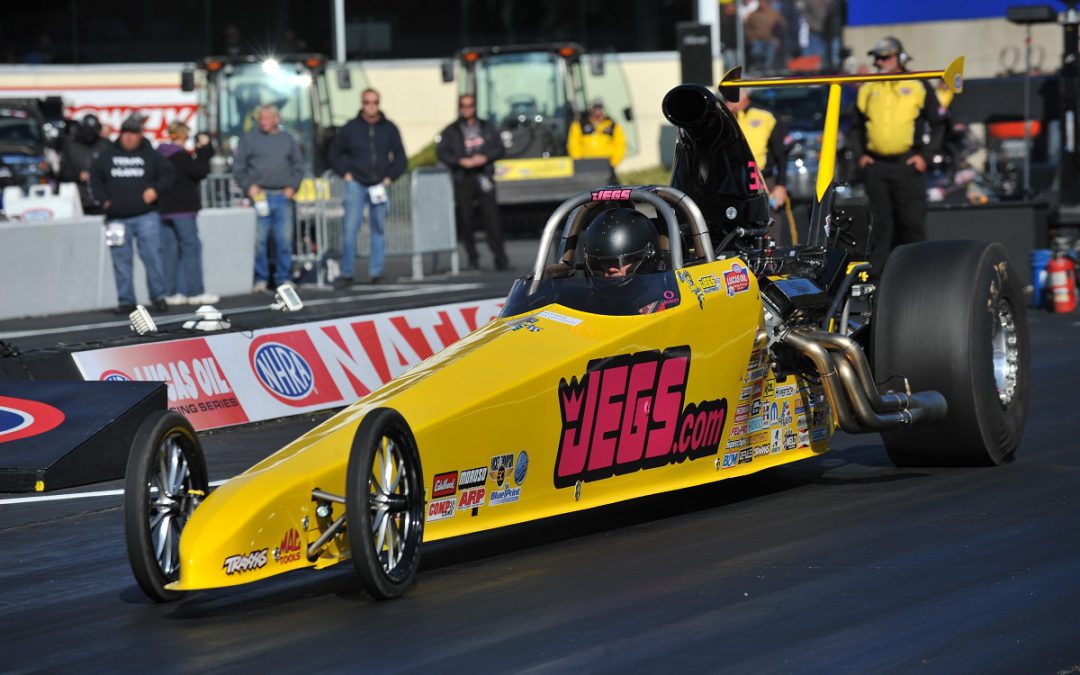 Both cars will carry pink-and-yellow livery as part of Breast Cancer Awareness month, and Coughlin hopes he can drive one to the winner's circle.

"This is the big one," Coughlin said. "We wait 364 days for this race. There's a lot of history, as the race has been going on since the mid-90's, and the list of winners is impressive.

"It's the 'Big Go' of bracket racing. What's cool is that a common, regular driver could win this race and win a million bucks. It means something special to win it because everyone in our world races this one. You have to be tenacious to win.

"There is no room for error because everyone you're gonna race is really good, and that's really exciting to me."

The winner's share will be based on car count, and if more than 550 cars enter, $1 million will be paid to the victor. The runner-up will be guaranteed $50,000, making the race one of the top payouts in the country.

"One of my mentors, Kenny Underwood, won it all last year," Coughlin said. "It would be cool to follow him up."

Coughlin has had a successful season so far, headlined by winning the original "Big Go" — the U.S. Nationals in Indianapolis — in Super Gas. The son of NHRA Pro Mod champion Troy Coughlin also won the JEGS SPORTSNationals NHRA national event in Columbus, Ohio, in Super Gas and the Division 3 Super Gas race at Cecil County, Md.

As he has all year, Coughlin credits his team for building and maintaining fast, consistent cars for him to drive.

"Tony Collier, Justin Beaver, Greg Cody and Rick Rossiter have been getting the cars perfect," Coughlin said. "There is nothing much to change because the cars have been so good all year."