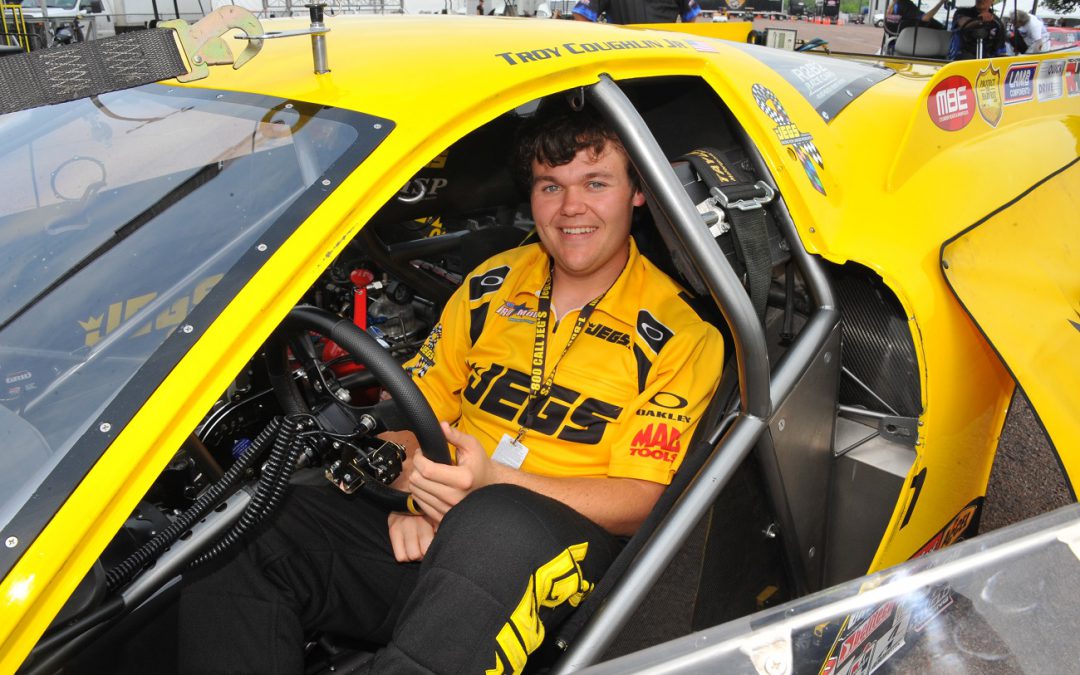 Troy Jr., 25, already has a NHRA divisional championship and several national and divisional victories in his young career. He also has been no stranger to the winner’s circle in big dollar bracket racing. In 2015, he finished ninth in the NHRA Pro Mod standings and was awarded with “Rookie of the Year” honors.

"It's a huge honor to be voted upon by your peers in that manner for a sport that I've held near and dear my whole life," Troy Jr. said. "To be brought into something like that is, I can't even really fathom it. I'm used to reading about this: I'm the kid at the fence who's the fan – and I'm still a fan.

"This is really big. It's kind of a surreal feeling, and it's something that will never leave me. I’m extremely honored to be a part of it. Special thanks to Drag Illustrated and Wes Buck."

Troy Jr. won the 2013 Division 3 Super Gas championship and has won the U.S. Nationals twice in his Sportsman career.

Troy Jr. is following in the footsteps of his accomplished father, Troy Coughlin Sr., the two-time Pro Mod champion. The Coughlins are one of drag racing's first families, with patriarch Jeg Coughlin Sr. establishing JEGS High Performance as the premiere source for high-performance parts for racing enthusiasts around the world.

Jeg Sr. was a racer, too, as were his four sons: John, Troy, Mike and Jeg Jr. – all winners in drag racing. Troy Jr. certainly appreciates his family heritage.

"My mom puts up with all the attitude when I get home from the rough weekends and all the highs from the great weekends," Troy Jr. said. "I can't say enough for what a huge role my mom Michelle plays in this. My whole career, she's always taught me to believe in myself. That's taken me to places I'd never thought I'd go.

"My dad has been pretty much my rock and has always supported every move I ever made. He's had some really good advice along the road that's taken me miles."

Troy Jr. is thankful for everyone in his family.

"My uncle Jeg has been my foundation of mental driving skills and driving a racecar to the best of your ability," Troy Jr. said. "He's helped me with the mental approach. My uncle Mike has always been there for me for any question I had. And my uncle John has been there from Day 1 and always helped me out.

"My grandfather, Jeg. Sr., has always given me a logical approach and tried to make me find the answer. He's been rock for all of us.

Drag Illustrated Editor-in-Chief Wes Buck said the magazine "set out to reward and celebrate the most talented and promising young people the sport of drag racing has to offer." Troy Jr. certainly fits that bill.

"I couldn't have got to that point without our fantastic group at JEGS.com and the crew behind me, both my Sportsman guys and the Pro Mod team," Troy Jr. said. "They give me something what runs well and gives me an opportunity. Everybody plays such a huge role in this, and I'm so appreciative of their hard work and time."