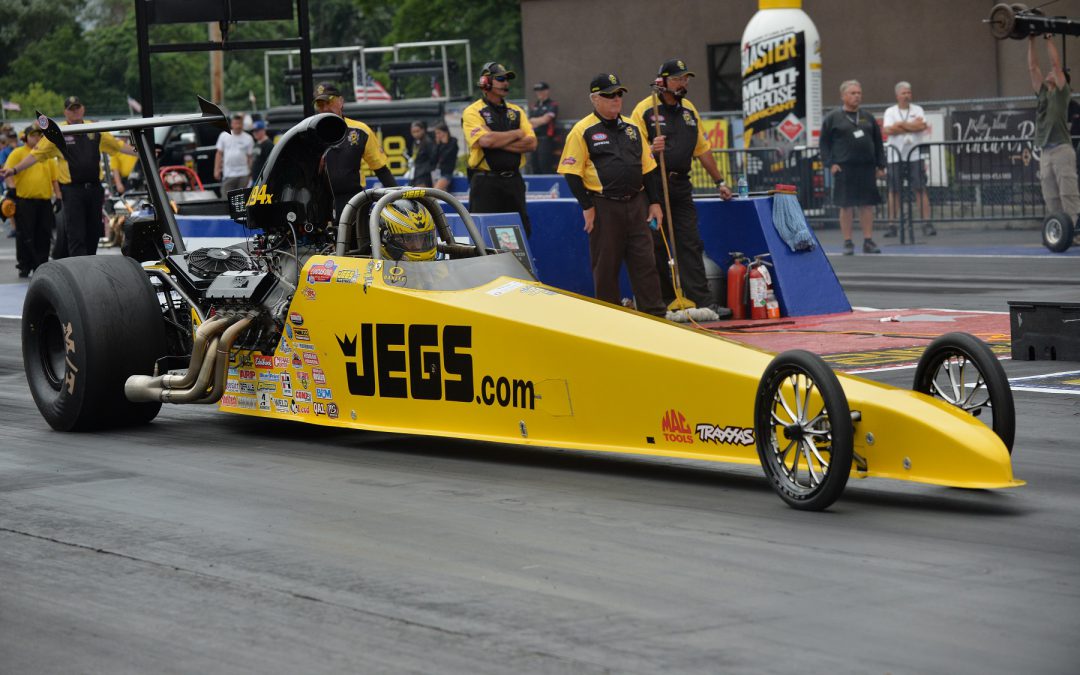 After a semifinal finish in the Division 1 race at Cecil County Dragway, Coughlin sits fourth in the national Lucas Oil Series points standings. He leads the Super Comp standings in Division 3.

"It's still pretty early," Coughlin said. "You look at the points, but you don't really need to put it in the back of your mind. It's the fun part of Sportsman racing, but it's still pretty early. This is a pivotal point in the year. Guys we're competing against, like Phil Smida, he's pretty close behind me, and he's an extremely good driver. You can't count your chickens too early.

Coughlin leads Smida by 33 points after six events in the division. Nationally, Coughlin trails leader Austin Williams by 119 points and second-place Nick Folk by 64. But Coughlin is hardly counting points this time of year.

"We have a long to go to catch Austin Williams and Nick Folk for the world," Coughlin said. "We've got to take it one round at a time. Thanks to (crew chief) Justin (Beaver) for having these cars running as well as they do. The ball is in my court."

Always looking to improve, Coughlin isn't worried about the points race and is instead trying to get better each time he gets behind the wheel of his JEGS.com Super Comp dragster.

"I guess it's all in how you perceive it, but it boils down to having the same focus each pass," Coughlin said. "I've been going over the mistakes that I had made the past few weeks and just working to get better each run, working to fix some of the small errors. I’m trying to learn from them and move along with it."

Coughlin and Beaver can expect hot weather at Beech Bend this weekend.

"It's a pretty historic place," Coughlin said. "It's going to be extremely hot. It'll be about 95 degrees each day, but we'll make the best of it. We'll make sure we have extra cold Dasani and Mello Yello on hand."

Coughlin will also be racing his JEGS.com Corvette roadster in Super Gas this weekend.