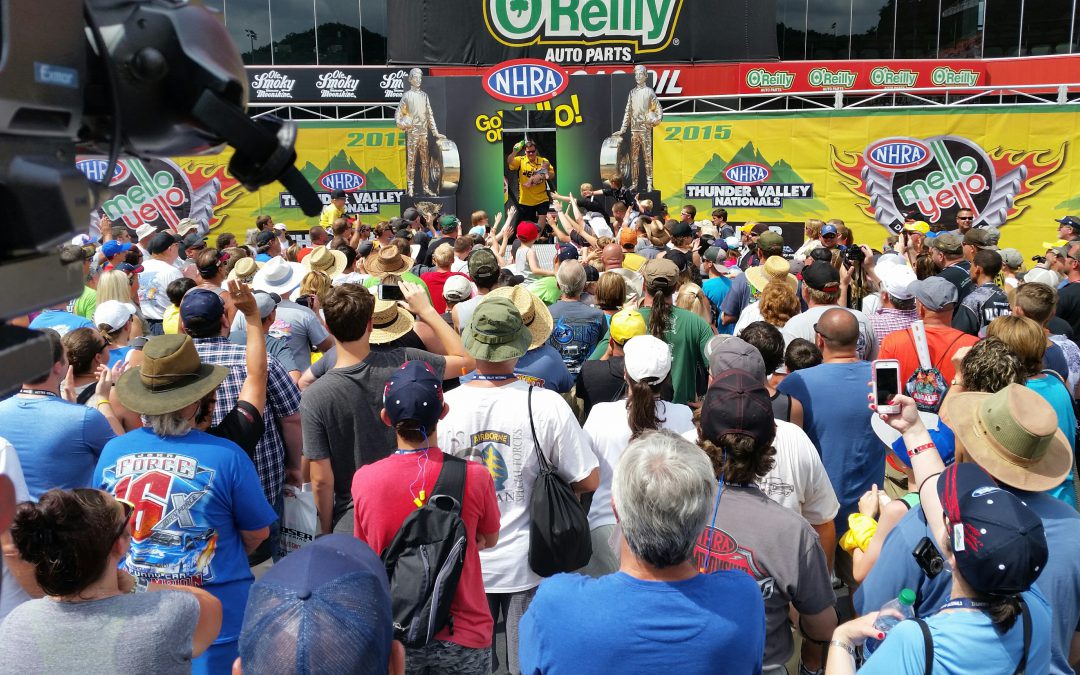 BRISTOL, Tenn. (June 21) — Father's Day was a special time for the JEGS.com father/son Pro Mod team of Troy Coughlin Sr. and Troy Coughlin Jr., even though both drivers fell short of winning the NHRA J&A Service Pro Mod Series event as part of the NHRA Thunder Valley Nationals on Sunday at Bristol Dragway.

Both drivers lost to No. 1 Bob Rahaim, as Troy Sr. fell in the semifinals and Troy Jr. in the second round.

Still, racing together on Father's Day was "a lot of fun," Troy Jr. said.

"It definitely would've been more fun if we'd have won, but you don't always get what you want," Troy Jr. said. "I guess we're going to have to work a little harder."

The best gift Troy Sr. received Sunday was getting to carry grandson Brodix — his daughter Meghan's first child — on stage during driver intros. Meghan was at Bristol, too, making Troy Sr. one happy father.

"They let me take my grandson up to driver introductions, which was awesome," Troy Sr. said. "It's really cool to be able to race with the kids on Father's Day — and racing with the kids. It's a dream come true that my dad has always told us about."

"The new car and the new Pro Line engine combination is working out pretty good," Troy Sr. said. "The more rounds we get on it, we get it a little bit better. It's tough to go testing because you're trying to find a test track that's equivalent to what NHRA does.

"There's potential there in the car, but who knows how much faster it will go. We need a little more oomph and a little more luck at the same time to get by Bob Rahaim."

Troy Jr., the No. 9 qualifier, scored a mini-upset in the first round by beating Eric Dillard in a wild race. Dillard lost control and slammed into the outside wall as Troy Jr. skated to a pass of 6.246 seconds at 240.81 mph.

"We were .053 on the Tree, which I missed," Troy Jr. said. "I thought I was a little bit better. I kinda chopped the tire and pedaled back in it and noticed my opponent Eric Dillard wasn't there. He stuffed his in the wall, which wasn't good. He's a member of the Pro Line group, and I'm glad he's OK."

"I let the button out, and it paddled and shook," Troy Jr. said. "I think it could've made it through, but I decided to pedal it and made the wrong decision."

The JEGS.com Pro Mod team returns in two weeks in Norwalk, Ohio, where Troy Sr. is the defending champion. Troy Sr. shared the winner's circle in Norwalk with brother Mike, who won in Top Sportsman that day.