JEGS.com pro Jeg Coughlin Jr. tripped up by No. 1 qualifier in Sonoma quarterfinals 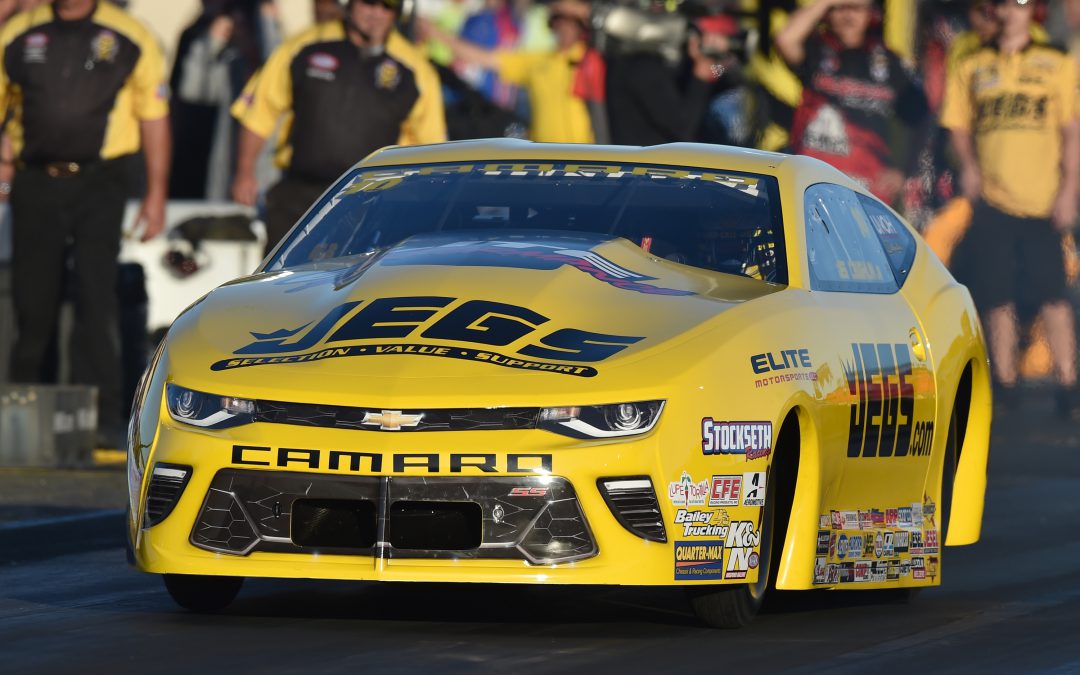 SONOMA, Calif. (July 30) — After recording a first-round upset at the 30th annual Toyota NHRA Sonoma Nationals, five-time Pro Stock world champion Jeg Coughlin Jr. was topped by No. 1 qualifier Drew Skillman in the second round of eliminations to end his race day two rounds early. Even so, Coughlin was pleased that changes made to his JEGS.com/Elite Performance Chevrolet Camaro were beginning to bear fruit.

"We made quite a few changes coming into today on the horsepower side of things and a few more minor changes to the car itself," Coughlin said. "We had a little luck in Round 1 and got past A.J. (Allen Johnson), changed a few things to make the car better for Round 2, and gave it a shot. We just didn't quite have enough for Drew."

The No. 9 qualifier overall, Coughlin faced eighth-ranked Allen Johnson in Round 1 and was able to come out on top of a race where both drivers struggled with tire shake. Coughlin did the best job of driving through the issue, winning with a 6.949 at 207.75 mph to Johnson's resigned 11.545 at 91.74 mph.

"We had made some adjustments prior to the run, as I mentioned, and obviously it didn't completely like something we had done as far as trying to stay hooked up to the track there in Round 1," Coughlin said. "Even so, I was able to bang it through the gears as quickly as I could and get it calmed down enough to complete the pass. We were all pleasantly shocked to advance past A.J. there. I guess he had more trouble than we did."

"After what happened in Round 1 we made some slight adjustments to get the car to be a little happier in that first 100 feet and by the looks of it, we just ended up being a tad too conservative," Coughlin said. "The car seemed very smooth but it was just kinda moseying through first gear a bit longer than normal. We just didn't give it enough down low.

"Are we more optimistic now than we were at the start of the race? Yeah, absolutely we are. I mean, look at the group I'm working with here. We've got a great bunch of folks. It wasn't but a couple of races ago we were No. 1 qualifier. Apparently one of the enhancements we tried back then caused us to take a step back but we're getting it back to where we were and we'll be ready to hustle come this Friday in Seattle."

Up next, the 30th annual NHRA Northwest Nationals are scheduled for Aug. 4-6 at Pacific Raceways.