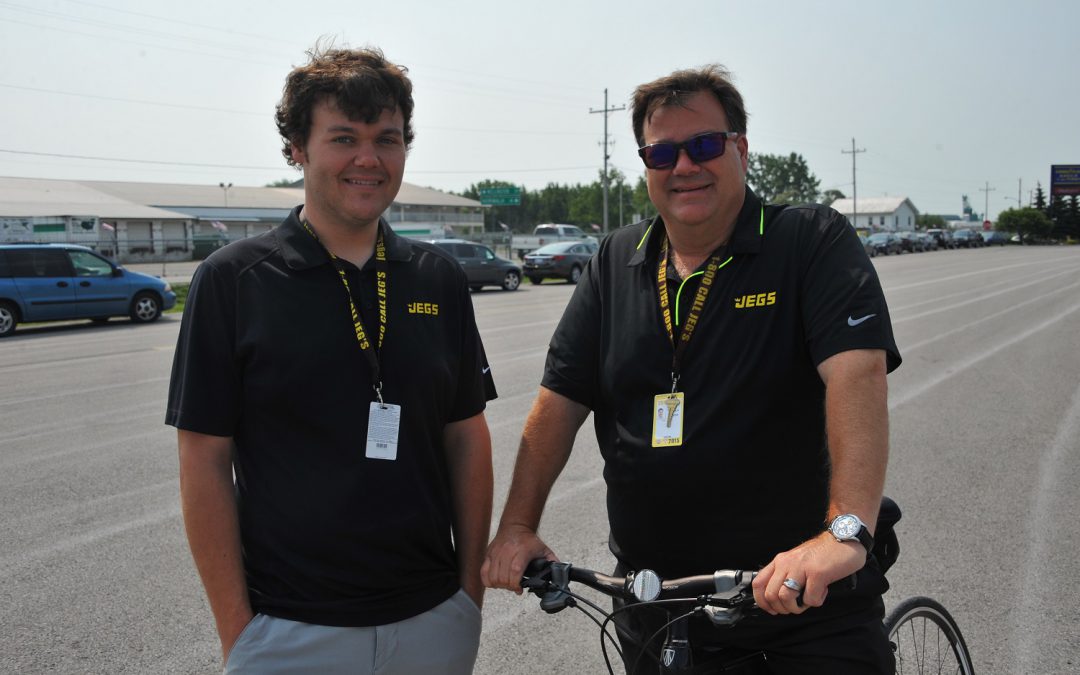 INDIANAPOLIS (Sept. 2) — The summer break is over, multiple test runs have been made, and JEGS.com Pro Mod drivers Troy Coughlin and son Troy Coughlin Jr. are mentally prepared for the challenge ahead: winning the 61st annual Chevrolet Performance U.S. Nationals.

The only thing left to do is get to work.

"We're definitely ready to get over there and get started," said past series champion Troy Coughlin, who enters the race just five points out of first place in the J&A Service Pro Mod Series presented by JEGS.com. "We've had two months off, which allowed the guys to go over both cars from one end to the other, and we've just finished up a couple of days of testing to make sure everything is working properly. There is nothing left to do but race."

Coughlin has conquered the sport's greatest in the past, becoming the first of the vaunted Coughlin clan to earn drag racing's top prize when he drove to the Super Gas crown in 1991. He later won two divisional events at Lucas Oil Raceway in Indianapolis, first in the Super Comp class in 1991 and later in the Super Gas category in 1993.

"It was special to win Indy, no question about that, and to have won three times in total at that place, well it's something no one can ever take away from you," Coughlin said. "But it's been a long time since we've visited that winner's circle on my behalf, so it would be very cool to do it again all these years later.

"I truly think we have a great chance of getting it done this weekend. This is certainly the best car I've taken to Indy since 1991."

Consistency has been key to Coughlin's success this season. He has successfully qualified for the first six races on the Pro Mod schedule and advanced past the first round at every stop. He has recorded two runner-up finishes, including one at the last stop in Norwalk, Ohio, and has two more semifinal results.

Like his decorated father, rookie pro Troy Jr. also has tasted success at "the Big Go," winning Super Comp in 2010 and Super Gas in 2014. He'll have two chances to claim a golden Wally this time through, entering cars in both Pro Mod and Super Gas.

"The more racing I can do, the happier I am," Troy Jr. said. "It would be super cool to defend the Super Gas title and even better to make the U.S. Nationals my first Pro Mod win. It's been a great season so far and I've learned a lot. Now I'm ready to take it up another notch."

Troy Jr. currently is ranked sixth in the Pro Mod standings with three semifinal finishes highlighting his first year in the class.

"We're three and a half rounds out of first place with 16 rounds left in the season, so there is still time to make a move," Troy Jr. said. " This category is very hard though, and I know it's going to be tough to accomplish anything. That just revs me up even more. I love the challenge.

"Indy is a long weekend and the key is staying focused on the job at hand. I want to enjoy the experience, but I want nothing more than to find a way back to the winner's circle come Monday."