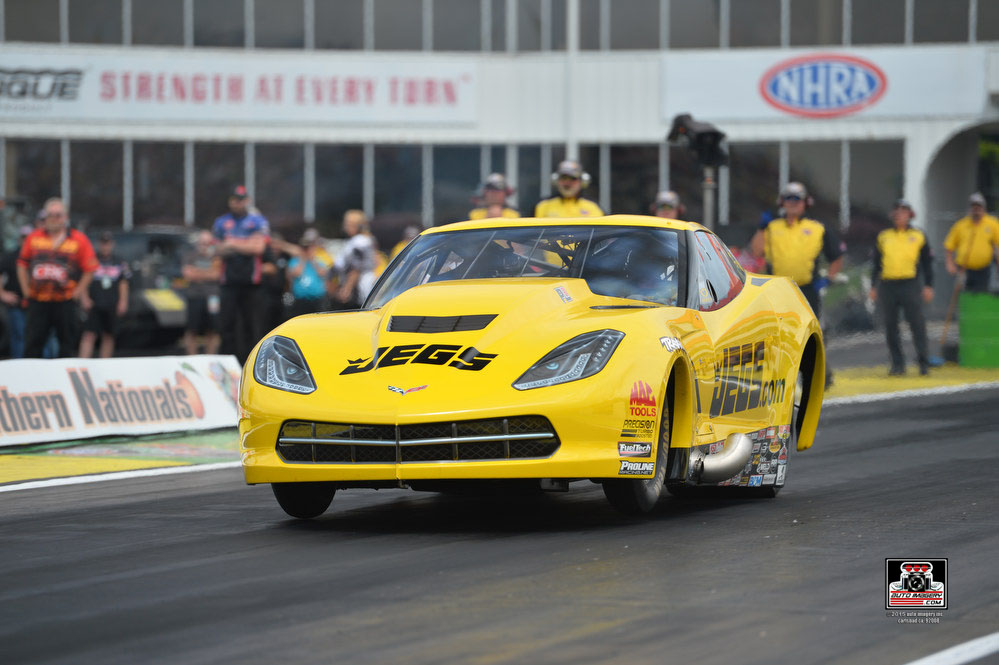 Fighting somewhat unexpected warmer weather, Coughlin qualified his twin-turbocharged Chevrolet No. 10 and then beat Gerry Capano in the first round Saturday.

Rain is often the operative word in Atlanta, but temperatures soared into the upper 80s, with high humidity following. That caused a slick racetrack, one that hampered Troy Coughlin Jr. The younger Coughlin, second in Pro Mod points coming into the race, failed to qualify.

"We came down here figuring it was going to rain, but the mugginess is way up and we've had  bright sun," Troy Sr. said. "It's been beautiful but it's been hot. They don't call it Hotlanta for nothing. It's supposed to be a little bit warmer tomorrow, too, so we're going to need our A-game.

"There's no doubt the JEGS.com team can definitely get this thing rolling. When you apply the Pro Line power to this thing, it's a beast."

Pro Line Racing engines, which supplies power to the JEGS.com team, are hand-built in Ball Ground, Ga., located 70 miles west of the racetrack.

Horsepower wasn't the issue with Troy Jr.'s Chevrolet. The team struggled to get it to hook up to the track, and the rookie was unable to make a full pass in qualifying.

"Mom always said there'd be days like this, and this was it," Troy Jr. said. "It stinks to miss the race, but I know I have the best guys in the world in Steve Petty, Justin Beaver, Kyle Pettis, and Mike Rees and we'll be back with a vengeance."

"We didn't have too much luck with T.J.'s car," Troy Sr. said. "We're going to take it back to the shop, dig deep, give it a once-over, and come up with another plan. We need to put that thing back in the hunt."