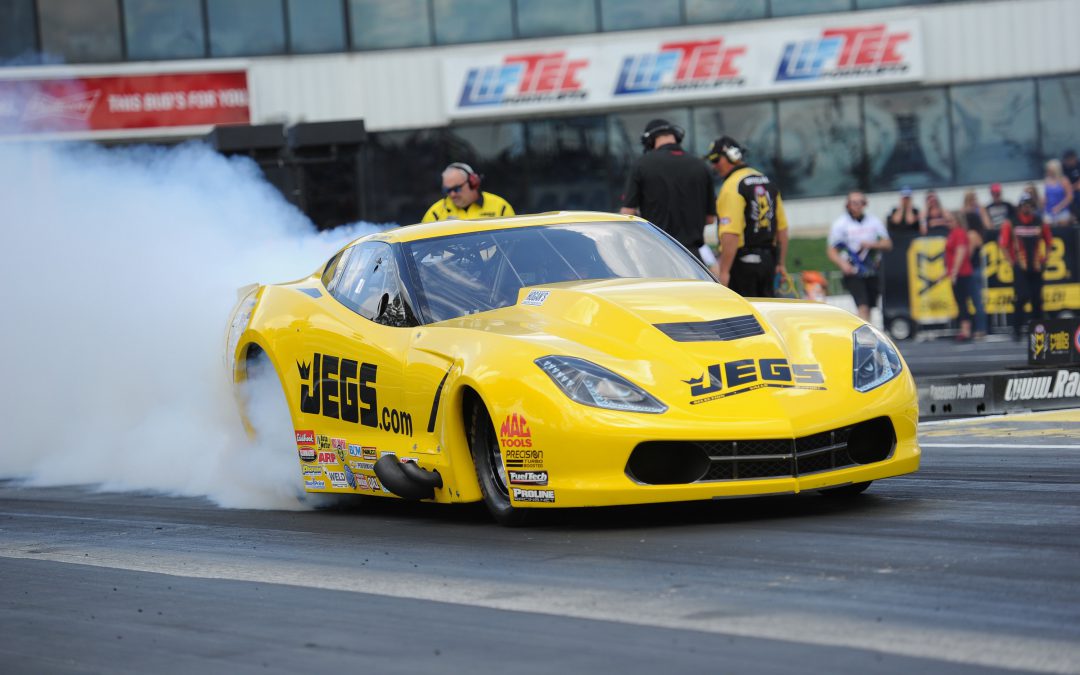 Momentum in sports often seems like an intangible enigma, but to drag racers like Coughlin, momentum is very real and very welcomed in the pit area of the driver who vaulted to third place in championship points with his money-round showing in the Garden State.

"With the way this JEGS.com Corvette ran this past weekend in Englishtown I am definitely happy we have back-to-back races," Coughlin said. "It’s probably going to be warm in Bristol just like it was in Jersey so hopefully conditions will call for a similar set up and we can have a similar outcome with just one more round win."

Unlike the NHRA Mello Yello Drag Racing Series, the J&A Service Pro Mod Drag Racing Series seldom races in consecutive weeks, but the two-time Pro Mod world champion (2012 and 2015) is excited and thankful for the opportunity to get his Corvette back on the quarter-mile for a rare "double header."

"We don't have a lot of back-to-back races in Pro Mod because we run half the schedule of the other pro classes so it's just not necessary most of the time," he said. "I like racing 12 times a year versus 24 and I hope they keep it at that number. A lot of the guys in Pro Modified own businesses or have other jobs and stuff like that so it’s tough to sneak away much more than 12 races without your business suffering."

Coughlin, a 52-year-old resident of Delaware, Ohio, has already seen some success in Thunder Valley. Besides being a runner-up finisher in Pro Mod in 2013, Coughlin’s name is cemented in NHRA lore by an incredible accomplishment he made back in his days of driving the factory hot rods.

"Back in 2000 we had a whale of a time in Bristol winning the Winston 'No Bull' Showdown," Coughlin said. "That was a pretty big payday, I think at the time the largest we'd ever had in Pro Stock, and winning it was a lot of fun. I know I will never forget it. It was a pretty neat race, and a big race in the NHRA history books because it was one of those specialty races that only happened one time. To be a champion of that is pretty awesome."

The J&A Service Pro Mod Drag Racing Series hits the track Friday with two qualifying sessions at 4:15 and 6:45 p.m. They return for the third and final qualifying session Saturday at 12:15 p.m. First round of eliminations began later on Saturday at 2:45 p.m. and continue with the second round at 1:15 p.m. Sunday. (All times are local and subject to change.)