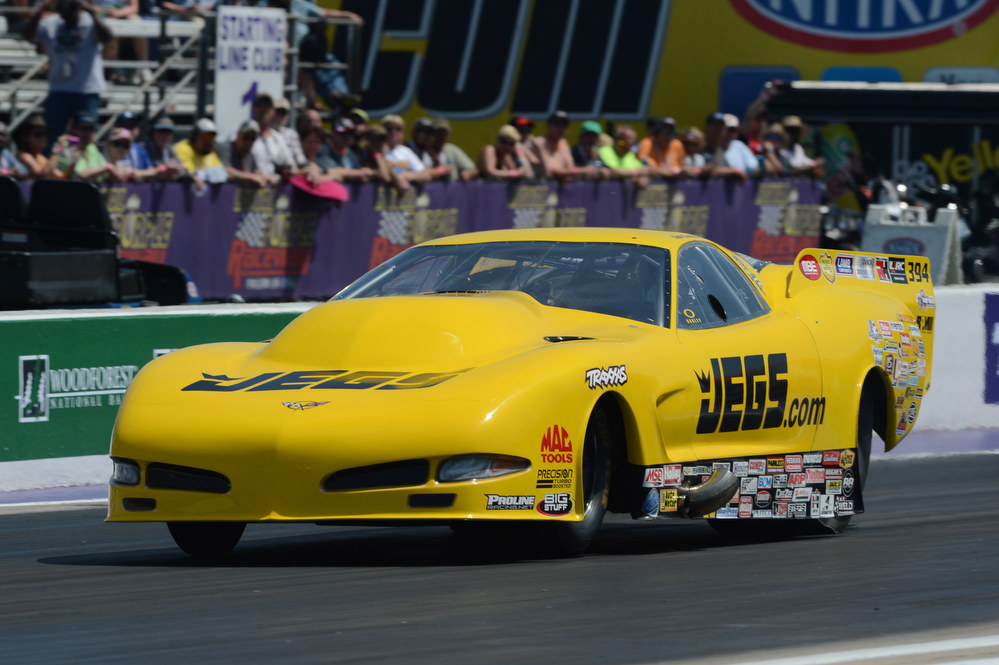 Rookie Troy Jr. did a little better, beating his two-time world champion father in the quarterfinals to advance to his second straight semifinal. Troy Sr., meanwhile, was pleased to get past the opening session, earn some more points, and have that first-ever race with his son.

"Racing him for the first time in competition was fun, it was exciting, it was emotional — every bit of all that," said Troy Sr., who beat Mike Knowles before bowing to Troy Jr. "I couldn't be more proud of him. He's doing great, and it's what I expected from him all along.

"I'm pretty happy right now. Last year at this time we weren't even in the top 10, and I would guess we'll leave out of here with (Troy Jr.) in second or third and I think on my side we'll be fifth, so we're very satisfied with the start to the season.

"Both cars are going rounds and we're earning points. We need to pick on mine a little to get it quicker, but Steve and the guys from Pro Line, where we get our motors, have a home race coming up next when we go to Atlanta, so I know they'll want to put their best foot forward there. We'll be ready."

Showing no signs of being a new driver in the class, Troy Jr. scored a massive holeshot upset win over Danny Rowe in Round 1 when he left the Christmas Tree with a sizable .054-second lead. At the other end, his start allowed a slower 5.915 at 249.16 mph to erase Rowe's quicker-but-losing 5.866 at 248.39 mph.

Dad was next, and that race was decided by .10-second, mainly due to Troy Sr. having to backpedal his car to keep traction. Bill Glidden finally turned the tables on Troy Jr. with a unfathomable .003-second reaction time that gave him a wire-to-wire win.

"I'm so proud of the team," Troy Jr. said. "We're happy, if not completely satisfied. We always want to come away with the win, but there wasn't much I could do against Billy with a .003-second light and a 5.88. We'll just have to try harder.

"It was quite surreal racing Dad. We've been going head to head on practice Trees since I was 5. To have it happen in a Pro Mod race for the first time was majestic. He's my hero. He's my idol. He's a world champion. It was a huge moment for me. This is new ground for the Coughlin family, and we are enjoying it immensely."

The entire JEGS.com crew will now take two weeks off before racing again May 15-17 at Atlanta Raceway in Commerce, Ga.