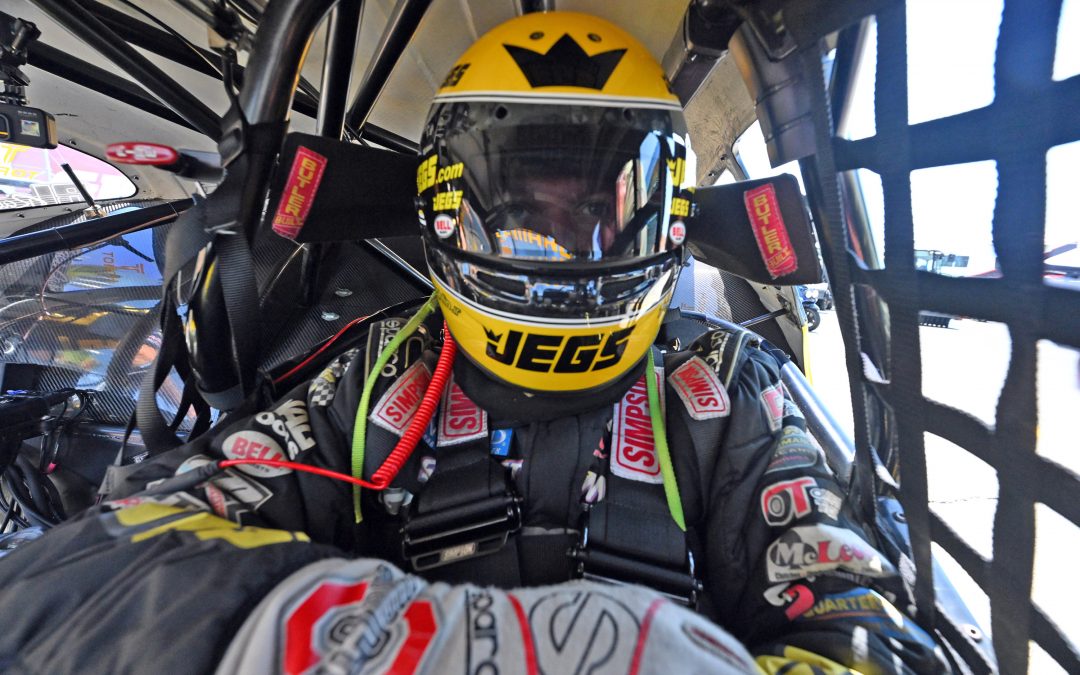 “These are the kind of weekend’s that make you better,” Coughlin said. “We didn’t get the ultimate result we are looking for but we continue gain rhythm as a team and if I can find a better way to let out the clutch pedal we’ll reach all our goals.

“My crew chief, Mark Ingersoll, along with Kelly Murphy, Steven Hurley and Kyle Bates, never stop working on making this JEGS.com Elite Motorsports Chevrolet Camaro better and it showed this weekend. We have everything here to win and I’m already looking forward to next weekend in Pomona.”

After an early-season reshuffling of the schedule due to COVID concerns in different parts of the country, the NHRA tour makes an unprecedented mid-season turn south to Pomona, Calif., rather than its usual Northwest passage to Seattle.

“The last time this team raced Pomona at the (2019) Winternationals, Uncle Jeg (Coughlin) was driving this car and they took home the trophy,” Troy Jr. said, “so there’s nothing but positive energy coming from So-Cal. The way it worked out, Pomona is part of the Western Swing this year so this race is going to be another memorable one at a place that’s given us so much history.” 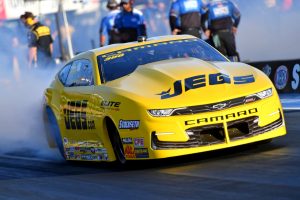 Troy Jr.’s performance this weekend in Nor-Cal certainly gives his group plenty of reasons to be hopeful. After qualifying sixth overall with a 6.540 at 208.94 mph, Coughlin attacked race day with a great racecar.

He started eliminations opposite Kenny Delco, who fouled out early when his car crept through the staging beams. Troy Jr. still ran out his pass with a clocking of 6.547 at 209.59 mph.

Up next was Enders, who has collected more professional motorsports titles (four) than any female racer in history. After running a 6.528 at 210.60 mph in her earlier victory over Derik Kramer, she was favored to beat Troy Jr., but a cosmic .007-second reaction time by Troy Jr., ahead of Enders’ .044-second launch, gave him enough of a cushion to hold on for a stunning .01-second victory.

“It’s an honor to race Erica, to be teammates with her, and to call her my friend,” Troy Jr. said. “She forces me elevate my game because I know she’s one of the best ever. Whenever you race someone of her caliber, you need to be totally on point. To get the win light when we raced today was really special.” 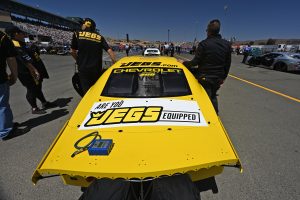