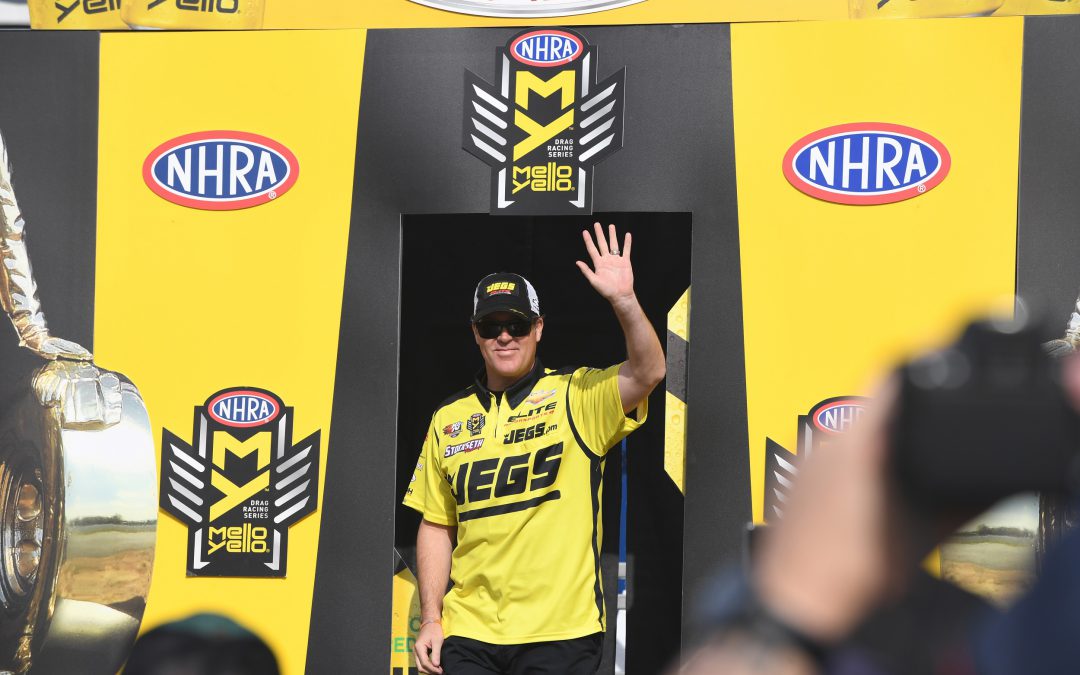 NORWALK, Ohio (June 20) – Five-time NHRA Pro Stock world champion Jeg Coughlin Jr., driver of the JEGS.com/Elite Performance Chevrolet Camaro, knows what it’s like to be successful. In drag racing circles his name can even be used to define success. But there a couple of racetracks where he has not made a visit to the national event winner’s circle, and one of those quarter-miles is up next on the NHRA Mello Yello Drag Racing Series schedule as the world’s fastest motorsports competes in his home state of Ohio.

"It’s going to be fun racing in the state of Ohio because it's home," Coughlin said. "We have a lot of JEGS associates that make the trip up to Norwalk to cheer us on and check out the drag races. That makes it fun for us, without question, but also the fan base we’ve been able to build over the years at that facility. It's always great to be able to perform in front of your home state crowd."

Although a Norwalk national event Wally trophy has so far eluded Coughlin’s massive trophy case, he’s not completely without success at the track.

"We’ve had great success at the Spring Nationals when it was out at Kirkersville for nearly 40 years and won that race a couple of times but we have yet to win the race at Norwalk," Coughlin said. "We won $50,000 at the K&N Horsepower Challenge in 2009, so we know what it’s like to win there. I’ve won bracket races there over the years. We just haven't broken through on a national stage.

"I really enjoy the track and love the Bader family (track owners). They really cater to the racers and the fans as well to try and create a really nice experience."

"I think the only variable that’s yet to be determined this year, and we’re looking at it closely, is the forecast. It appears we are in for a warm one," Coughlin said. "Late June, early July weather in Ohio is typically warm with a lot of water in the air much like we experienced this past week in Bristol, so I think Mark Ingersoll, Rick and Ricky Jones, Brian Self and the rest of Elite Motorsports crew have a good handle on what it’s going to take to traverse a hot track. We should have a little bit better air conditions in Norwalk so it’s going to be a fun race."

As if he needed more incentive to win this weekend in Norwalk, Coughlin will also be celebrating his 47th birthday Friday.

The Pro Stock racers hit the track Friday with two qualifying sessions at 5:15 and 7:45 p.m. They return for two more qualifying sessions Saturday at 12:45 and 3:15 p.m. First round of eliminations began Sunday at 1 p.m. NHRA TV coverage on FOX Sports 1 includes original Norwalk programming on Friday at 10:30 p.m. and on Sunday at midnight and 6 p.m. Times are local and subject to change.