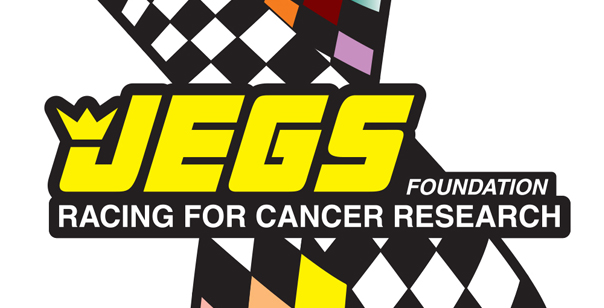 DELAWARE, Ohio (July 26) — This year's seventh annual JEGS Summer Door Car Shootout was the biggest one yet with co-promoters Scott Bailey and Luke Bogacki reporting a total donation of $3,000 raised during the Dial for Dollars portion of the event earmarked for the JEGS Foundation: Racing for Cancer Research. Dial for Dollars has now raised more than $13,000 for the foundation in its five years of existence.

"Congratulations to this year's winners and on behalf of my brothers and the 350-plus associates at JEGS, we thank everyone involved for this generous contribution," said JEGS Vice President John Coughlin, one of four Coughlin brothers that own the aftermarket parts company. "Together with our racing friends, we continue to make huge strides in cancer research. The JEGS Foundation has been fueled by racers since its inception and fundraisers like this make a big difference."

This year's JEGS.com Dial for Dollars winner was Rich McCarty Jr., who pulled of a rare perfect run in a car that had only been down the track three times. For his extraordinary feat, he pocketed a $500 JEGS gift certificate.

Lucas Walker also scored a $500 JEGS gift certificate for winning the JEGS.com Wheelie Wagon contest. Walker made a spectacular wheelie with his Mustang entry which brought the crowd to their feet.

In total, 228 competitors took place in this year's event with more than 1,200 spectators cheering them on at Interstate 57 Dragstrip in Benton, Ill.

For more information or to make a donation to the JEGS Foundation: Racing for Cancer Research, please visit http://teamjegs.com/content/jegs-foundation.