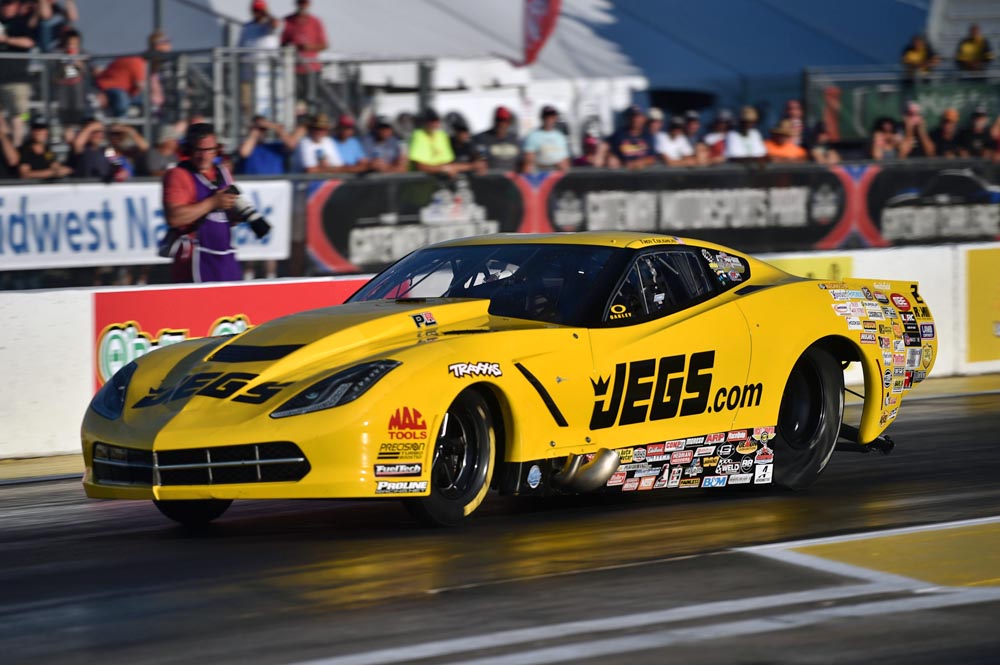 With one race remaining, Troy Sr. is second in the standings, 28 points behind leader Mike Janis. While Troy Sr. went out in the semis, he gained a round on Janis, who lost in the second round of the AAA Insurance Midwest Nationals.

Plus, third-place Bob Rahaim also lost in the semis.

"We've picked up one round," Troy Sr. said. "We're definitely going in the right direction. We picked up an extra round, and Rahaim just got beat this round, too. So it's going to be the same three guys fighting toward the end. We've got to send a hitman after Janis because his car is fast, and somebody's got to get him stopped. Hopefully, it's us in the first round in Vegas."

"The car was running pretty good," Troy Sr. said. "We had a decent second round today, but here in the semifinals, it slowed down a little bit. The guys are out there thrashing, trying to get the JEGS.com car back up to speed. They'll find it."

"It was nice to go past (NHRA senior vice president of race operations) Graham Light every time I saw him and say, 'No oil,'" Troy Sr. said. "He'd smile and wave and say, 'That's right.' That was kinda cool. We'd like to stay on Graham's good side."

While Troy Sr. remains in the thick of the Pro Mod points race, son Troy Coughlin Jr. is about to close a solid rookie season in the class. He's sixth in the points standings, racing to three semifinal finishes in 2015.

The JEGS.com team will tested at The Strip at Las Vegas Motor Speedway next month in preparation for the Pro Mod season finale.