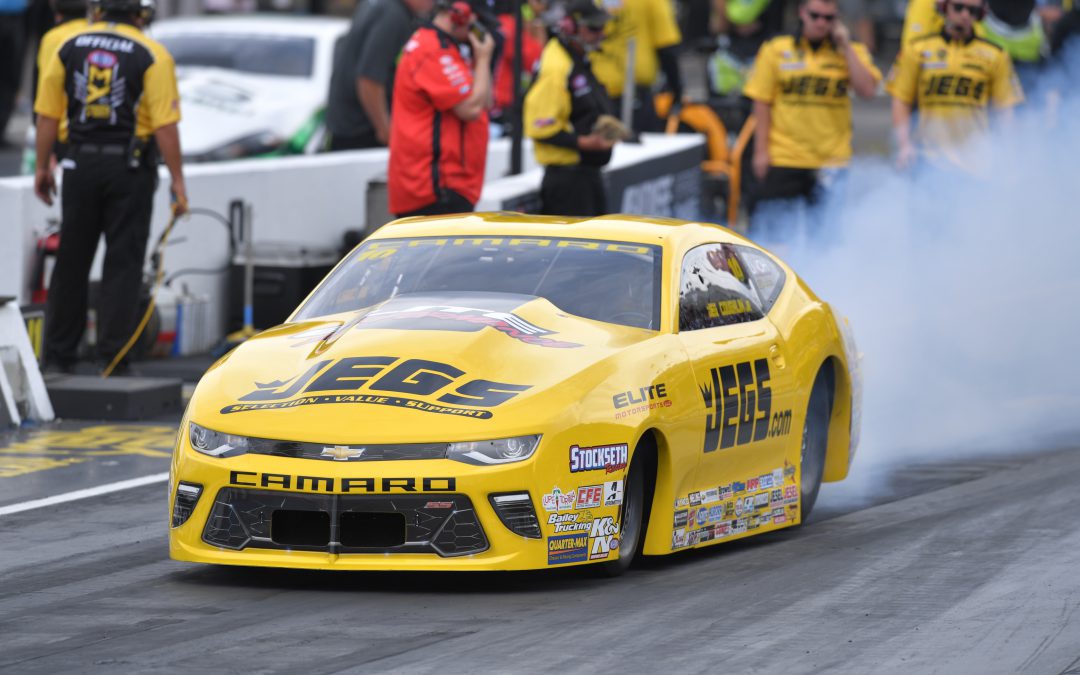 SONOMA, Calif. (July 25) — Five-time Pro Stock world champion Jeg Coughlin Jr. admits he has a long-standing love for northern California's famed wine country. The fact he gets to race his JEGS.com/Elite Performance Chevrolet Camaro during this weekend's visit to Sonoma is simply a bonus.

"We’re fortunate to roll into damn-near every place we race and feel a great vibe because we’ve had awesome experiences at most of the racetracks on tour at one time or another in our careers," Coughlin said. "Sonoma Raceway certainly fits that bill. It's such a special place where I’ve built so many family memories, both at the racetrack and out in the wine country.

"The NHRA has this three-race Western Swing every year and we've typically made a family vacation out of it by spending the time between the races in Sonoma and Seattle right here in the wine country. We have a couple spots we like to stay in Yountville and Napa and we love being regular tourists, playing some golf and visiting the wineries. When I think about Sonoma from that aspect I just kind of step back and enjoy all the memories we've made over the years."

Coughlin's current campaign has been highlighted by runner-up results in Houston and Topeka, Kan., as well as top qualifying efforts in Houston, Charlotte and Bristol, Tenn. Despite the successes of the season, Coughlin and crew have been extra busy this week after a rare first-round exit from the last tour stop in Denver.

"Sunday afternoon in Denver the team really had a good huddle session," Coughlin said. "The guys took the car apart piece by piece and studied some things we thought may have been holding us back. There was nothing really glaring, per se, but there were some adjustments made. Let's just say we’re really looking forward to getting back to sea level in Sonoma and unleashing this beast.

"I'll be the first to admit that I get excited about most of the places we go but Sonoma really is one of the most picturesque racetracks in country. I said that last week about Bandimere and I’m saying it again this weekend for Sonoma. It’s just beautiful country. We are really looking forward to being back at sea level with these 500 cubic inch Chevys breathing some fresh air. I’m so ready to make some competitive runs again."

"We’ve brought home the hardware from Sonoma before and it’s not out of the question to do it again this year so watch out," Coughlin said.