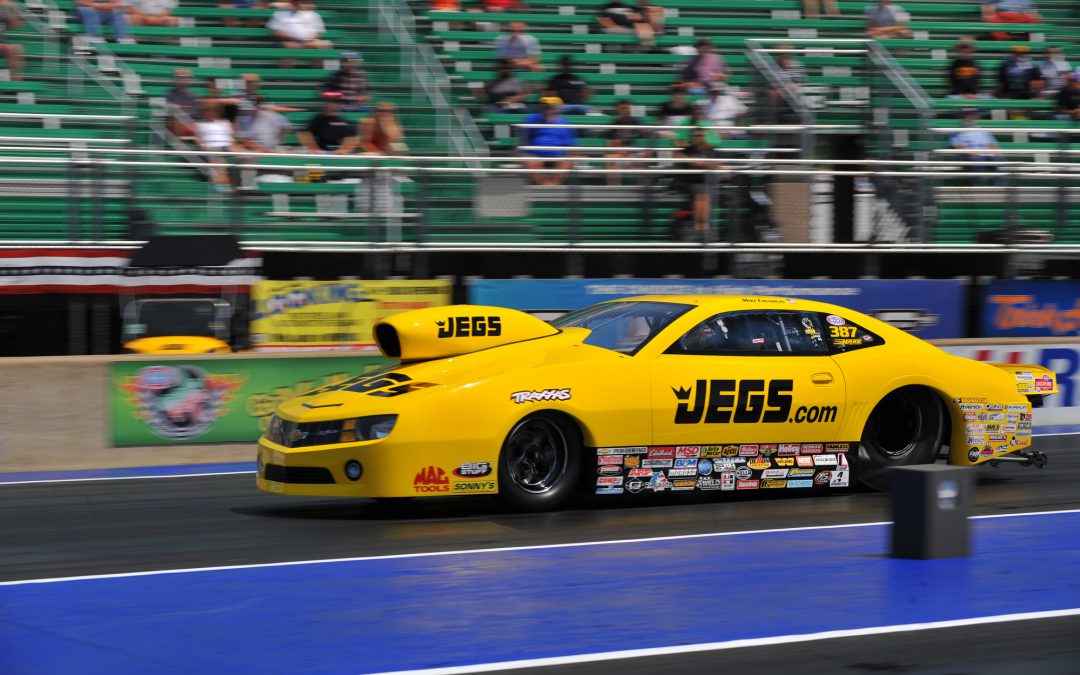 For starters, National Trail is the home track for the Coughlin family, as JEGS Mail Order is headquartered nearby in Delaware, Ohio. Plus, it gives Mike and his nephew a chance to race together, a proposition both drivers relish.

Mike will be entered in Top Sportsman, while Troy Jr. will race his Super Comp car. Plus, Mike's son, Clay, is scheduled to race his Junior Dragster.

"It's probably my favorite place to race," Mike said. "We grew there, it's our home track, we test a lot there, and we run the Junior Dragster program there. We help support the track, and it's always fun to race at home."

Troy Jr. has stepped up to the NHRA Pro Mod Series for 2015 but still enjoys racing in the Sportsman classes –especially when it's close to home.

"It's a lot of fun because a lot of family and friends come," Troy Jr. said. "You want to do well, and you prepare all week for it on the practice Tree and on the cars in the shop, to make sure your Ts are crossed and your Is are dotted. You go out, execute and stick with the fundamentals."

The Coughlins are a close-knit racing family, and there are no secrets when it comes to trying to improve on the race track. Troy Jr. has learned a lot from his father, 2012 Pro Mod champion Troy Coughlin Sr., but he's not immune to getting advice from his uncles.

"We feed off of each other, as far as what we see on the racetrack or what we think the Tree looks or what we think about the weather or the dial," Troy Jr. said of his Uncle Mike. "That has an unspoken value to it. I've been learning from my uncles Mike, Jeg and John and my dad since I could talk. It's definitely valuable."

And it works both ways.

"I like racing with him," Mike said of Troy Jr. "He's very serious about drag racing, and you can tell he loves it as much as anybody. I enjoy working and racing with him, and I've been learning some stuff from him, too. He's the real deal."

In addition to the regular divisional race this weekend, Mike will be a part of the finish of the postponed event from Chicago. He's in the quarterfinals there.

"Friday, we'll finish Chicago, and then Saturday morning, we'll start the Columbus race," Mike said. "We've got a doubleheader, and we've got to be ready."

The JEGS team of Greg Cody, Tony Collier and Rick Rossiter – and with help from Sonny's Racing Engines – have been busily preparing Mike's Chevrolet Camaro after a mechanical failure in Norwalk. Plus, JEGS patriarch Jeg Coughlin Sr. has lent his years of experience to the team.

"My dad has been helping us a lot in the last few weeks with setups and stuff," Mike said. "He's been a real, real big help with our program, so I definitely have to thank him."