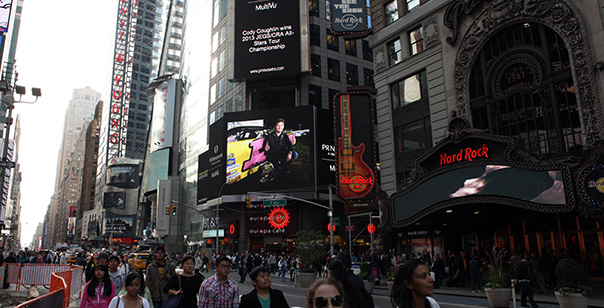 DELAWARE, Ohio (Oct. 15) – After winning the JEGS/CRA All-Stars Tour championship over the weekend, JEGS.com driver Cody Coughlin was honored by having his name and picture displayed on a Times Square big screen.

Coughlin, 17, was saluted on the large electronic screen on the Thomson Reuters Building at Times Square in the heart of Midtown Manhattan.

Coughlin became the first member of the famed drag-racing family to win a championship in stock-car racing. He followed his grandfather Jeg Sr., his father John and his uncles Troy, Mike and Jeg Jr. – all who won titles in drag racing.