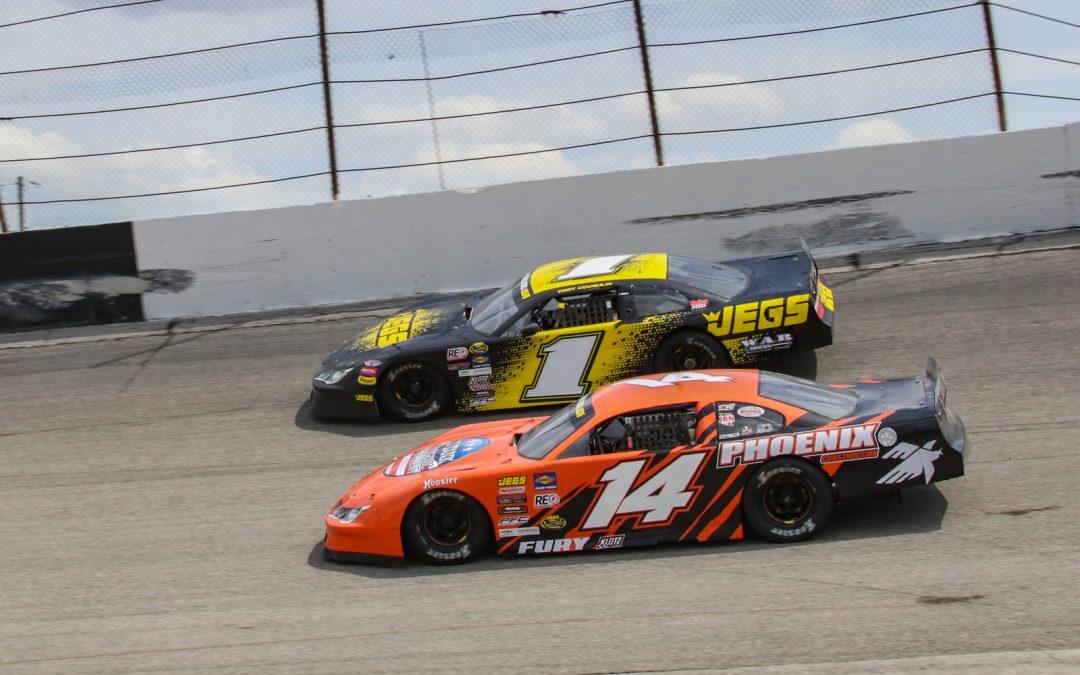 Salem, Indiana (May 4, 2022) – The JEGS/CRA All-Stars Tour Presented by Chevrolet Performance Pro Late Models are set to head south to Nashville Fairgrounds Speedway, located in downtown Nashville, Tennessee, for this weekend’s huge stock car racing event where the series stars will battle the local Nashville Pro Late Model stars in a 100-lap feature. That 100-lap event is just a portion of the racing action Saturday night that will also see the ARCA Menards East Series in a 200-lap event and the $10,000 to win North/South Super Late Model Challenge 100 Presented by Keen Parts for the ARCA/CRA Super Series Powered by JEGS and the Southern Super Series Presented by Sunoco.

Saturday’s event will be the first of three events at Nashville Fairgrounds Speedway for the JEGS/CRA All-Stars Tour in 2022, each event is also a points event for the Nashville Pro Late Models. The other events will be the Rackley Roofing Masters of the Pros 150 on Saturday, July 9th and the All-American 400 Weekend event on Sunday, October 30th.

The Donnie Wilson Motorsports Team will bring in open wheel ace Buddy Kofoid from Penngrove, California for Saturday’s event. Kofoid’s teammate, Brent Crews, will also be back in action, he has competed in both Nashville Pro Late Model events in 2022. Hueytown, Alabama racer Jolynn Wilkinson is also entered.

The Weekends on track action will begin with an optional open practice on Friday, pits open at 1pm (Central), rotating open practice will go from 4pm until 7pm. There will be one 45-minute practice session on Saturday for the JEGS/CRA All-Stars Tour Pro Late Models, followed by qualifying at 3pm. The 100 lap JEGS/CRA All-Stars Tour Pro Late Model feature will be the first feature up at 5:00pm. The North/South Super Late Model Challenge 100 Presented by Keen Parts will be the second feature with the ARCA Menards East Series 200 lap event beginning at 8:30pm (Central) that night.

Discounted advance sale grandstand admission, as well as more detailed event information, is available online at www.nashvillefairgroundsspeedway.racing or by calling the Fairgrounds Office at (615)254-1986. Tickets will also be available at the gate on Raceday.

More information on the JEGS/CRA All-Stars Tour can be found at www.cra-racing.com.