JEGS driver Jeg Coughlin Jr. definitely knows how big a win in Norwalk would be 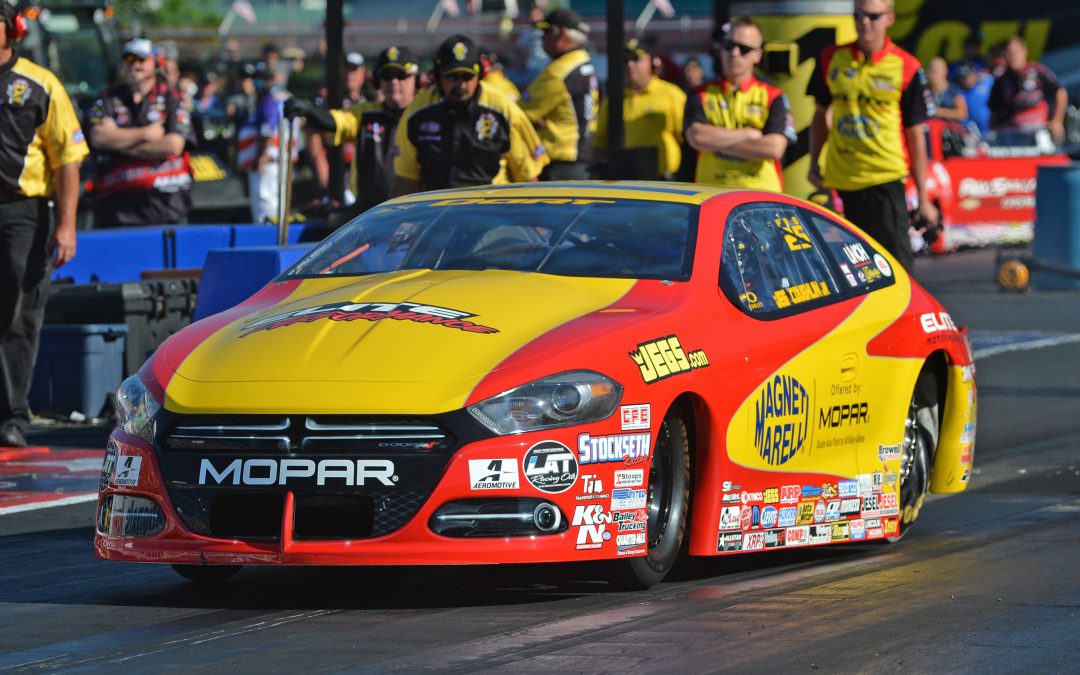 NORWALK, Ohio (June 25) — With a legion of family, close friends and 350-plus JEGS associates camped out in basically their own backyard to root for five-time Pro Stock champion Jeg Coughlin Jr. this weekend, the 58-time national event winner and Delaware (Ohio) native knows a win in his home state would be huge for so many of his supporters.

"It's a big race and a fun racetrack with the Bader family and all they put into this place," Coughlin said. "Yes, we've got lots of nieces and nephews running around, a bunch of my old college friends, and lots and lots of our wonderful JEGS family along for the ride so we are having fun. Not to mention two of my brothers, Mikey and Troy, and racing here along with Troy's son and my nephew Troy Jr., whose running two different cars. It's a Coughlin family weekend!"

Coughlin, who raced to a season-best semifinal finish last Sunday in Bristol, Tenn., says his Magneti Marelli offered by Mopar/JEGS.com Dodge Dart has been getting better each race and while things don't always happen as quickly as he'd like, the key to success in his sport sometimes requires a lot of patience.

"It's been a season of one step forward and a half a step, or even a full step back, to be honest, and that's not being critical," Coughlin said. "There are absolutely some of the hardest working people I've ever been around in this Elite Motorsports pit. We're just having a hard time getting these Mopar HEMI engines to agree with what we're trying to do.

"Having said that, I will tell you that some monumental gains are coming in these next few weeks, without question. We'll get these things running like we want and then the chase will be on. I'm excited to be a part of it all."

Eighth-best qualifier Alex Laughlin, who ran a 6.640 at 209.36 mph, will be Coughlin's first obstacle when eliminations begin around 1 p.m., Sunday.

"The car ran down the track both runs today in weather we pretty much expect will repeat itself tomorrow, and we didn't hurt anything, so that's a good start," Coughlin said. "We'll see if we can't come out tomorrow and wave a wand over this car like we did last week. We have our work cut out for us, without question, and that's part of the game some times."

The first two rounds of eliminations will air live on FOX Sports 1 beginning at noon, Sunday, with a three-hour recap later in the evening, starting at midnight.