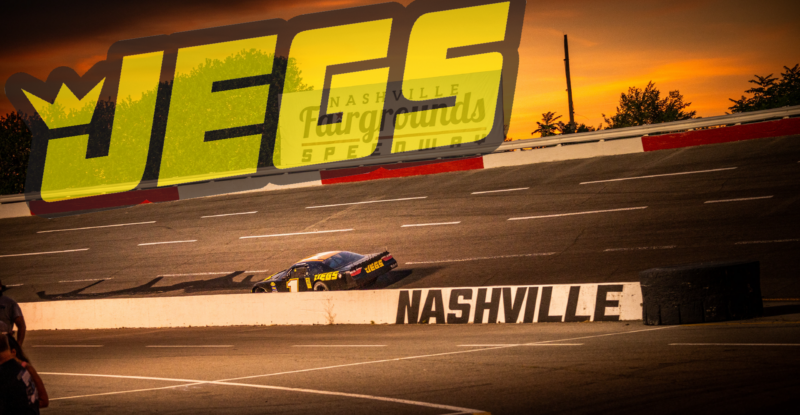 “We have really enjoyed the relationship we have built with everyone at CRA over the past 10 years,” remarked Coughlin. “CRA does a remarkable job with all five of their racing series, they are the best at what they do, and we pride ourselves on being the best at what we do. We look forward to continuing to build relationships with all the competitors and fans of CRA!”

The JEGS/CRA All-Stars Tour, the premier touring asphalt crate engine late model series in the country, is currently competing in its tenth season since starting in 2011, when current NASCAR Cup Series competitor Erik Jones won the inaugural Championship. Fellow NASCAR competitor Daniel Hemric won the Championship in 2012, Cody Coughlin in 2013 and in 2016, Dan Leeck in 2014 and 2019, Car Owner Champion Bill Burba and Driver Champion Dalton Armstrong in 2015 and Jack Dossey III in 2017 and 2018.

“JEGS has been a huge supporter of CRA and all of short track racing,” remarked R.J. Scott, Managing Partner with CRA. “Great sponsors like JEGS are very special for everyone. Not only do they support the racers, but sell great parts at great prices…a true friend of the racers.”

For more than 60 years, the name JEGS has been synonymous with high performance racing parts, dating back to 1960 when Jeg Coughlin Sr. opened the doors of JEGS High Performance at a small, non-descript shop in downtown Columbus, Ohio. Little did he know at the time, but Coughlin was on the precipice of something great. Limited by his Midwest location and unable to find the parts he needed to produce the desired level of performance in his own hot rods, the speed hound searched far and wide to unearth what he was looking for — the very best parts in the country. Dedicated legwork and ingenuity quickly established Coughlin as the go-to guy for high performance parts in Central Ohio, and what began simply as building and tweaking engines for buddies soon became a full-fledged retail business.

Three decades and counting after Coughlin’s original speed shop was born, he helped his four sons, John, Troy, Mike, and Jeg Jr., purchase the operation, and under their collective guidance the small family business became a mail order giant. The original 4,000 square-foot shop now encompasses a 250,000 square-foot warehouse, a chassis shop, a call center, and the original retail store on the very grounds where it all began. A second store and two additional call centers are also located in the metropolitan Columbus area. In the early 2000’s, JEGS took the next leap forward for the business. The 85,000 square foot warehouse was kept as a retail store, and a new 225,000 square foot warehouse and corporate headquarters were built in Delaware, Ohio. JEGS now employs more than 350 associates yet maintains the founding company culture of a small, family-run speed shop that continues to preserve a one-on-one relationship with each customer.

For more information on JEGS and how they can help you with your high performance racing parts needs, go to www.JEGS.com.

More information on all the CRA Powered by JEGS Series is available at www.cra-racing.com.