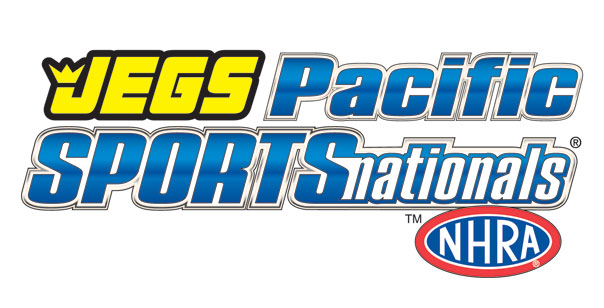 FONTANA, Calif. (May 27) – The JEGS Pacific SPORTSnationals, a showcase event for racers in the NHRA Lucas Oil Drag Racing Series, will return to its original home this weekend at Auto Club Dragway.

The arrival of the special event is welcome news for racers throughout the Western United States, but it has a special meaning to those in Southern California, the birthplace of organized drag racing. The dragstrip at Auto Club Speedway fought noise issues for several years, which forced the JEGS Pacific SPORTSnationals to be held in Las Vegas for the last three seasons. Now, the event is returning to Fontana, where it was held from 2006 to 2011.

For sportsman drag racing action and good times, few events rival the JEGS SPORTSnationals. The second of three JEGS Mail Order-backed events that highlight NHRA’s sportsman racers, more than 400 competitors are expected to compete. Much like its companion events, the JEGS Cajun SPORTSnationals in Belle Rose, La., and the JEGS Northern SPORTSnationals in Hebron, Ohio, the Pacific SPORTSnationals will crown champions in Comp, Super Stock, Stock, Super Comp, Super Gas, Super Street and the exciting Top Dragster and Top Sportsman eliminators. The Sportsman Motorcycle class will also be featured during the four-day race.

Keeping with the longstanding tradition, the JEGS Pacific SPORTSnationals promises a fun-filled experience that includes intense on-track action and plenty of after-hours entertainment.

There will also be an array of bonus features including traditional class eliminations for drivers in Super Stock and Stock, as well as Shootouts for racers in the super classes, Top Sportsman and Top Dragster.

The JEGS Pacific SPORTSnationals will also mark the first opportunity in 2015 for racers to claim the JEGS Crown trophy. The prized trophy, handcrafted by Dan Dreisbach of Naked Sculpture, is awarded to any driver who can win the same class in two of the three JEGS SPORTSnationals events in a given season. The winners of the JEGS Cajun SPORTSnationals held last March in Belle Rose, La., can claim the award if they can take the trophy in Fontana