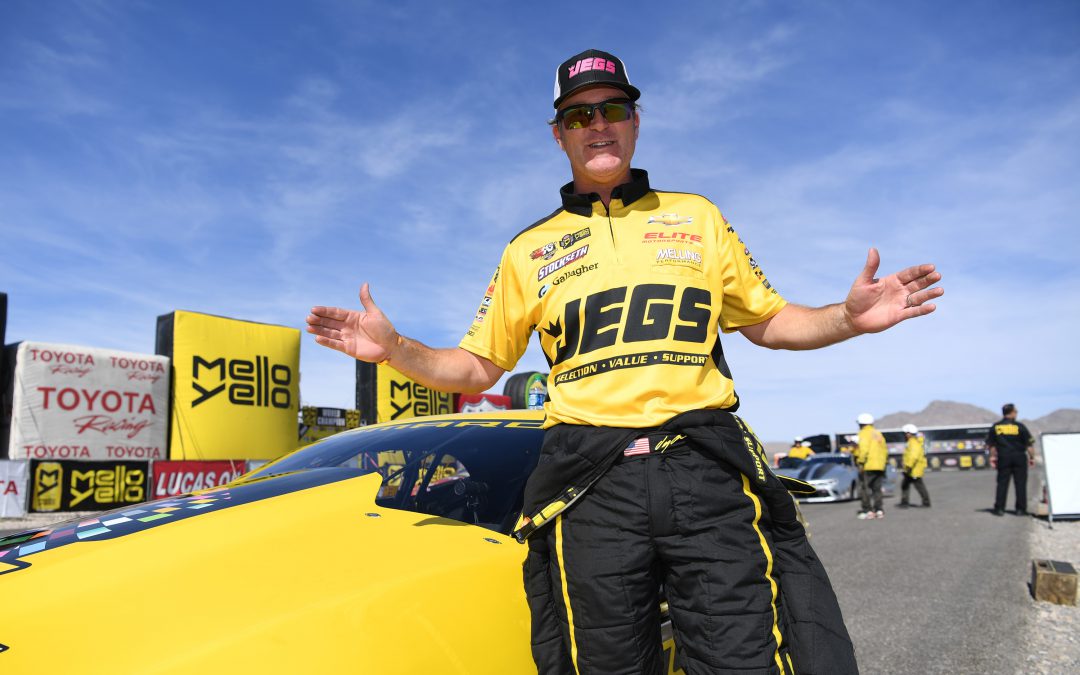 LAS VEGAS (Oct. 27) — Six-time world champion Jeg Coughlin Jr.'s qualifying mastery of this year's Countdown to the Championship races continued Saturday at The Strip at Las Vegas Motor Speedway when he earned the Pro Stock pole of the 18th annual NHRA Toyota Nationals with a 6.628 at 206.73 mph in the JEGS.com Camaro.

In five playoff races, Coughlin has now qualified on top of the factory hot rod class three times. He also qualified second overall at another Countdown event. For the year, Coughlin now has five poles to his credit, pushing his career total to 28.

"It's certainly coming at just the right time, without question, as the Countdown narrows again tomorrow and again two weeks from now in Pomona when we wrap up the year," Coughlin said. "We managed to earn some good qualifying bonus points in the Countdown and certainly we need them because every point counts.

"Right now, we are sitting second in the points but we have a long way to go to climb up to the top spot. Tanner Gray has a sizable lead and to catch him we'll need some help from our competitors. But to be sitting on the pole here in Vegas feels great. I'm real excited for our whole team."

Coughlin started the race 130 points back of Gray. He made up a few points here and knows the season-ending event in So-Cal awards points and a half. Still, with just 10 rounds of points up for grabs and Gray up by six rounds, his odds are long.

"I've missed a few little opportunities in the Countdown that have put us in the position but I'm certainly not complaining," Coughlin said. "This crew, led by Rickie Jones, they've just been amazing, not just for me but for my teammates, Erica Enders, Vincent Nobile and Alex Laughlin. We've all had our moments.

Coughlin points out that Elite Motorsports will not relent until the final round has been run.

"I'm looking forward to having a great day tomorrow," he said. "What better weather could we ask for? We're enjoying a heckuva track and great fan base so tomorrow is going to be a great day.

"None of these guys are giving up. We'll fight for every scrap on the table until they tell us to stop. I believe this No. 1 qualifying effort proves that point."

Coughlin opens eliminations against Steve Graham, who anchored the field with a 6.715 at
205.13 mph.