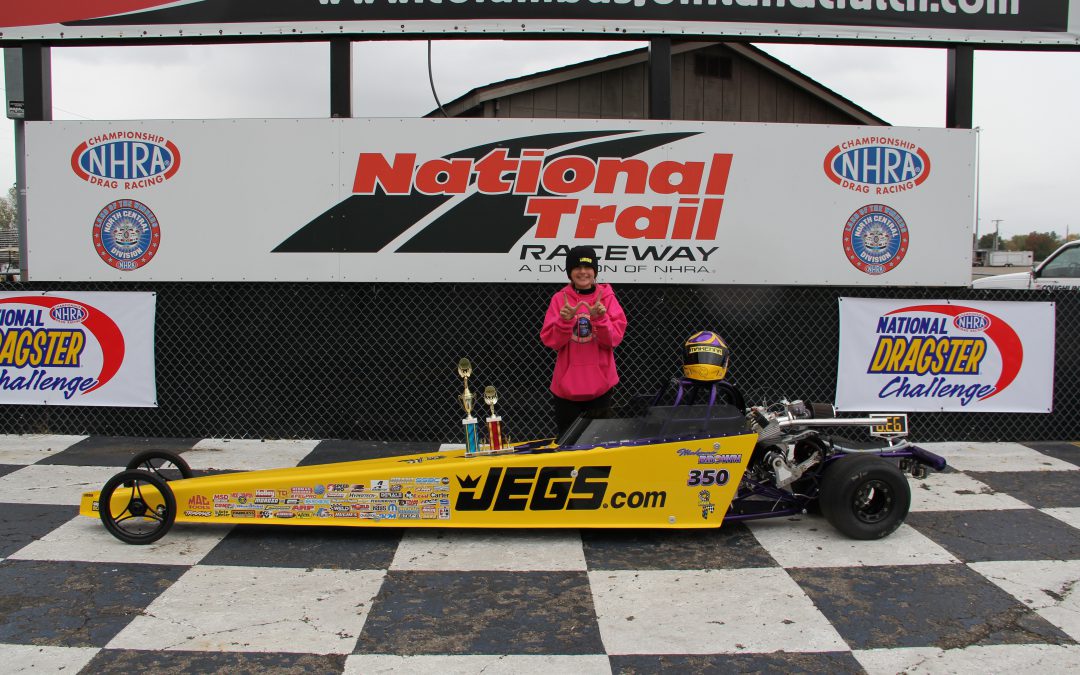 The 12-year-old granddaughter of JEGS founder Jeg Coughlin Sr. won both Saturday and Sunday's races in Junior Dragster to close within 20 points of the top spot in the rankings.

"One of my favorite parts of the weekend was calling Pappy (Jeg Sr.) and sharing with him that we won – and then to be able to make that call again on Sunday was just so special," Brown said. "I love sharing this with my family. Their support and love means so much to me."

Facing chilly weather the entire weekend, Brown got off the line first in Saturday's final against Michael Ruark and then made a pass of 8.946 seconds on an 8.940 dial-in to score her third victory of the season at National Trail.

"The weather was not so nice," Brown said. "It was freezing and there were times I was actually shivering on the starting line as the Tree dropped. But everyone was going through the same thing.

"On Saturday after the win we all went to Tommy's Pizza to celebrate. It's our tradition. We got to celebrate that victory dinner with my Pappy and Nanny (Jeg Sr. and Sue Coughlin), a good friend, Kathy Hairston, who flew in from , and our close friends, the Tanners."

But Brown wasn't done winning. She beat Matt Ruzica in the first round Sunday before taking out points leader Preston Tanner in Round 2. She took a third-round bye into the final, where she won when Ryan Dovenbarger red-lit.

That was her fourth consecutive final at National Trail, with three victories and one runner-up finish.

"I felt really good about the weekend," Brown said. "I felt that my car was running consistent and we seemed to be in good sync. We put in some solid runs and we also had a bit of luck as well. But that's all part of racing."