JEGS racer Jeg Coughlin Jr. knows what he needs to do in Indy 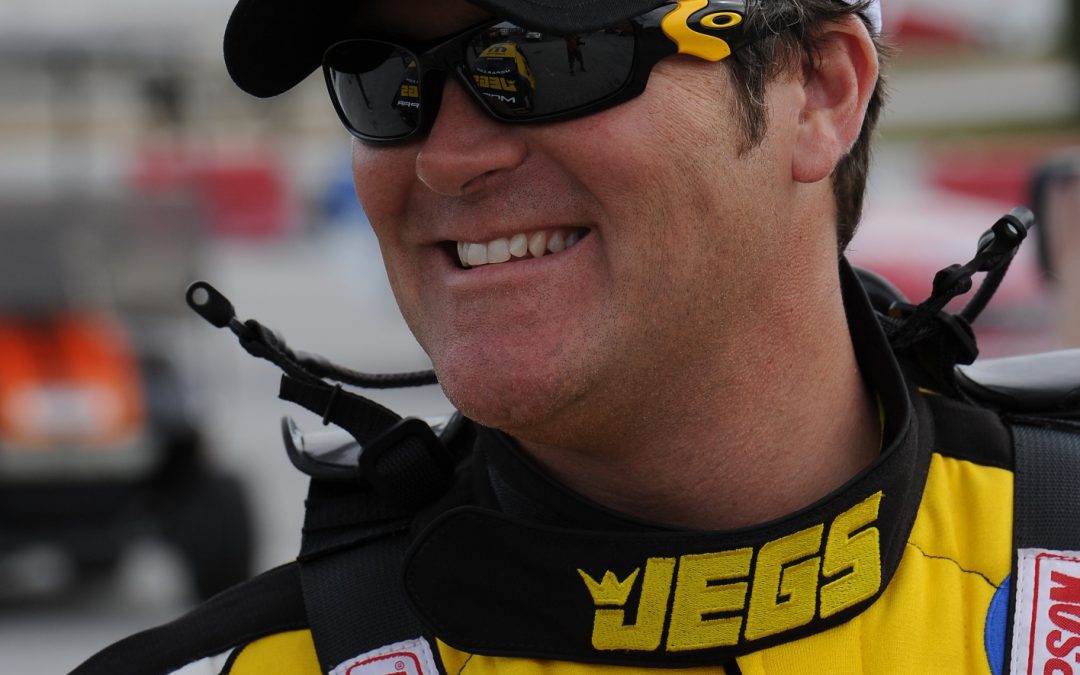 INDIANAPOLIS (Aug. 28) — In his four years of playoff-style drag racing, Jr. has gone on to win the world championship twice. This season, Coughlin arrives at the 58th annual Mac Tools U.S. Nationals simply hoping for another chance.

Following a year off from Pro Stock competition, Coughlin returned to the factory hot rod class this season with a brand-new car — the JEGS.com/Mopar Dodge Avenger — and team, with horsepower from JNR Racing Engines, a facility his family partially owns. The group's primary goal at the start of the year was clear — do enough in the first 16 races to earn a spot in the Countdown to the Championship playoffs.

"We've had our share of growing pains, probably more than we expected, but here we are heading into Indy with a chance at getting into the Countdown," Coughlin said. "It's exciting. We have such a talented group here and everyone has been working so hard. It would be a great reward for all of us to earn one of those final few spots."

There currently are half a dozen drivers vying for four remaining playoff positions. The six are separated by just 51 points, with Coughlin just two points outside the top 10. Points are earned by winning rounds, with each round win worth 20 points, and in qualifying, based on position in each session and on the final grid.

"Those bonus points in qualifying could swing the whole deal so we need to be on our toes from the get-go," Coughlin said. "There also is an extra session of qualifying in Indy so there are a few more points available. It's going to be very close.

"It seems as though we say this every year but the level of competition is pretty incredible. We certainly feel like we have more performance to squeeze out of this JEGS.com Dodge, especially in the first section of the racetrack, and we're going to test before we get to Indy to see if we can't be a little more efficient. We're only two points out of the top 10 right now so any little advantage we can gain would be a positive."

"The history of this race makes it one you always want to win," Coughlin said. "This year that's especially true. We know that it we can outperform the few guys around us in the points then we'll control our own destiny. We just need to execute. No mistakes. The driver needs to do his job and the crew guys know what they have to do."

Round 1 of qualifying begins at 5:30 p.m. Friday. Qualifying continues with two sessions at 2:30 and 6 p.m., Saturday, with the final two rounds taking place at 11 a.m. and 2:30 p.m., Sunday. Sudden-death eliminations begin at noon, Monday.