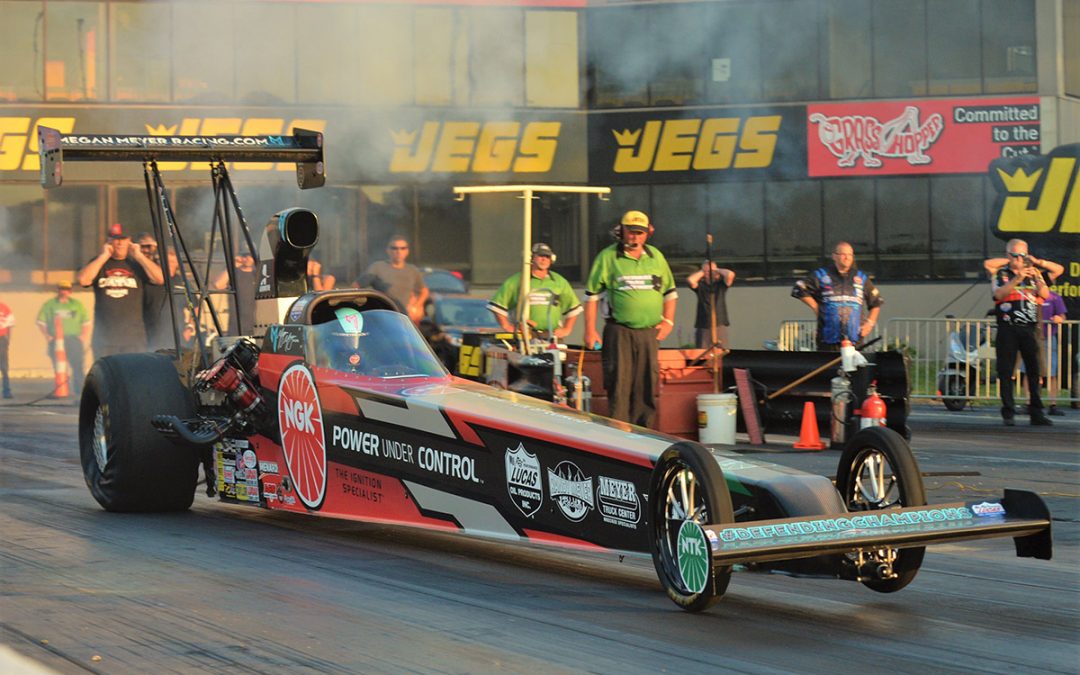 HEBRON, Ohio (July 18) – One day after winners were crowned in the Division 3 Lucas Oil Series event, JEGS Speedweek remained at full speed as the fields were set for the annual JEGS SPORTSnationals race.

Cox drove his Chevrolet Camaro Funny Car to a 5.518-second pass to lead Top Alcohol Funny Car. Like Meyer, Cox also emerged as a winner from Round 1 and is joined by two-time world champion Sean Bellemeur, Drew Hales, and Chris Foster in the final four.

Kamplain won the first of his eight national event titles at the JEGS SPORTSnationals in 1983. Kronenbitter topped a field of 95 Super Stock entries in his ’08 Cobalt while Dyer drove his ’10 Cobra Jet Mustang to the qualifying lead in Stock over a huge field of 139 drivers.

Team JEGS driver Mike Coughlin, a four-time SPORTSnationals winner, is also solidly in the Top Dragster field with his supercharged dragster. Coughlin drove to a competitive 6.174 to earn the No. 4 starting spot. Coughlin nailed down three-straight SPORTSnationals wins in 2005-2007, and won again in 2009. He’s also got five wins at National Trail Raceway, his home track.

The JEGS Speedweek event has been a huge success with upwards of 650 entries for the double-header race that features both a Division 3 Lucas Oil Series race and the JEGS SPORTSnationals. The event will conclude at 8 a.m. Sunday with final eliminations resuming.