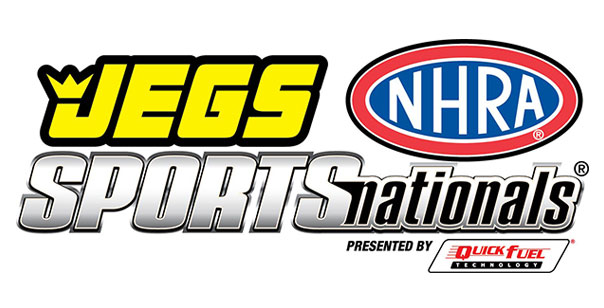 BOWLING GREEN, Ky. (May 26) – A golden era of NHRA drag racing has been revived with the JEGS SPORTSnationals presented by Quick Fuel Technologies making a long-awaited return to scenic Beech Bend Raceway Park this weekend.

From 1975 through 1981 and again in 1985-86, the JEGS SPORTSnationals was held at Beech Bend Raceway Park in the rolling hills of central Kentucky and it was a must-attend event for Lucas Oil Drag Racing Series sportsman drivers, many of whom came from as far away as California and Western Canada. That same sense of eagerness is already being felt by the expected field of more than 500 drivers who will be on hand this weekend.

The JEGS Mail Order Company has been a strong supporter of the NHRA SPORTSnationals races for more than a decade with as many as three events contested each season from coast to coast. This year, officials from JEGS, working in conjunction with NHRA management, and Beech Bend track operator Dallas Jones, made the decision to forgo the three-race format in favor of a bigger and better single event and when it came time to choose a location, Bowling Green was the obvious choice.

"The racers spoke and we listened," said JEGS Director of Media and Motorsports Scott "Woody" Woodruff. "We've heard many times over the years that the SPORTSnationals belongs in Bowling Green and this year we were finally able to make that happen. The racers who were at these events 30 years ago remember it as a magical time in the sport and we're keen on recreating that atmosphere. For sportsman drivers, this will be the highlight of the season."

For the Coughlin family, who operate the famed JEGS Mail Order aftermarket parts outlet, Beech Bend Raceway Park holds a lot of special memories. Family patriarch Jeg Coughlin Sr. won the Pro Comp title in Bowling Green in 1975. All four of Jeg's sons, John, Troy, Mike, and Jeg Jr., and grandson, Troy Jr., have also won races at the facilty. In addition to the covered grandstands, the track's other noteworthy feature is the adjacent amusement park and Splash Lagoon water park which provides an element of family entertainment unique to the motorsports world.

The JEGS SPORTSnationals will feature competition in eight NHRA eliminators; Comp, Super Stock, Stock, Super Comp, Super Gas, Super Street, Top Sportsman and Top Dragster. All racers will receive an NHRA national event grade point for attending the race, which is one of many new features for 2016.

Racers can earn points towards national and divisional championships, and there is plenty of cash on the line as well. The JEGS NHRA SPORTSnationals boasts a guaranteed purse of $99,250, an all-time SPORTSnationals record. With contingency awards in excess of $275,000 and special bonus races, the total award posting approaches $380,000 – a dramatic increase over the $50,700 posted at the inaugural SPORTSnationals in 1974.

To kick off the event's return to Kentucky with proper Southern hospitality, JEGS, NHRA, and the Jones family will be hosting a huge Southern cookout for all racers and crews in the "Shady Grove" pavilion adjacent to the pit area following Friday's racing. In addition, Beech Bend Amusement Park and Splash Lagoon Water Park will be open Friday evening for a special JEGS Family and Friends Night.