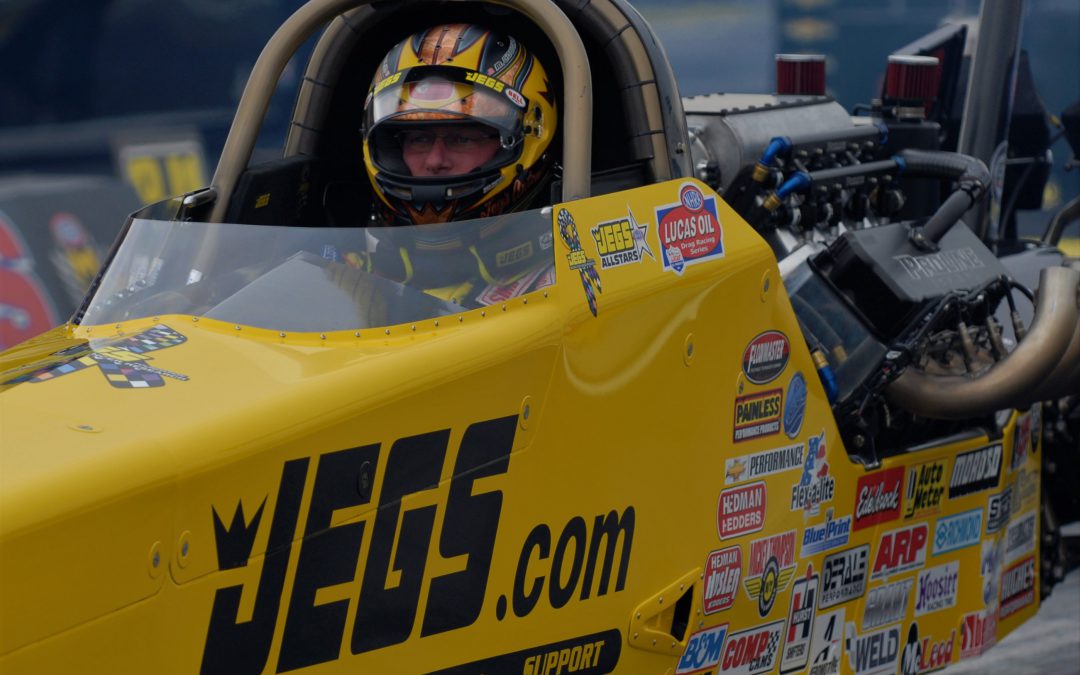 NORWALK, Ohio (May 17) — "If it ain't broke, don't fix it," is the mantra Mike Coughlin and his JEGS.com Top Dragster crew is carrying into this weekend's Cavalcade of Stars presented by Budweiser, the second Division 3 race of the 2017 Lucas Oil Drag Racing Series.

Coughlin began his 2017 campaign in February with a convincing victory at the season-opening NHRA Winternationals in Pomona, Calif., the 14th national event win of his career. He then moved on to Indy for the start of the Division 3 schedule in late April, where he raced to the top qualifying spot before the entire affair was postponed by rain.

"We haven't changed a thing on the dragster," Coughlin said. "We just need to keep doing what we've been doing and maintain this incredible run we're on at the moment. We are all set; no changes necessary."

A two-time Division 3 champion in Top Sportsman, Coughlin switched to Top Dragster two years ago as his need for speed increased. With a ProCharger-assisted ProLine racing engine between the rails of his Dan Page-built dragster, Coughlin is now capable of running in the five-second zone.

"We've got a great package and my crew guys — Greg Cody, Tony Collier and Dave Raurk — have been really good at figuring out how to get the most out of the combination we're using," Coughlin said. "Ryan Macke from ComSYNC also has been instrumental in helping us use their EFI system. This thing is working great.

"Divisional races are hugely important. We were fired up in Indy after qualifying No. 1 but we couldn't finish the race so that's made us even more anxious about this weekend in Norwalk."

Coughlin lives and works in Delaware, Ohio, about two hours south of the Norwalk track. The close proximity makes this weekend an event that several friends and family members can attend, along with close to 400 JEGS associates and their families.

"It's a great track run by a wonderful family with the Baders," Coughlin said. "They make sure everything is perfect, not only for the racers but for the fans. They promote it properly and there's always a great crowd there. I won the national event back in 2014 and the noise coming back up to the starting line for the trophy presentation was awesome. That alone is good motivation to race hard.

"Having the support of so many people also is special. Dad is always there for us and I know my brothers Troy and Jeg, along with my nephew Troy Jr., who are all racing in Topeka this weekend, are there for me, as is my other brother John and his son Cody, who are racing their truck in Charlotte. I'm sure we'll be burning up the phone lines and keeping up with things on the Internet all weekend."