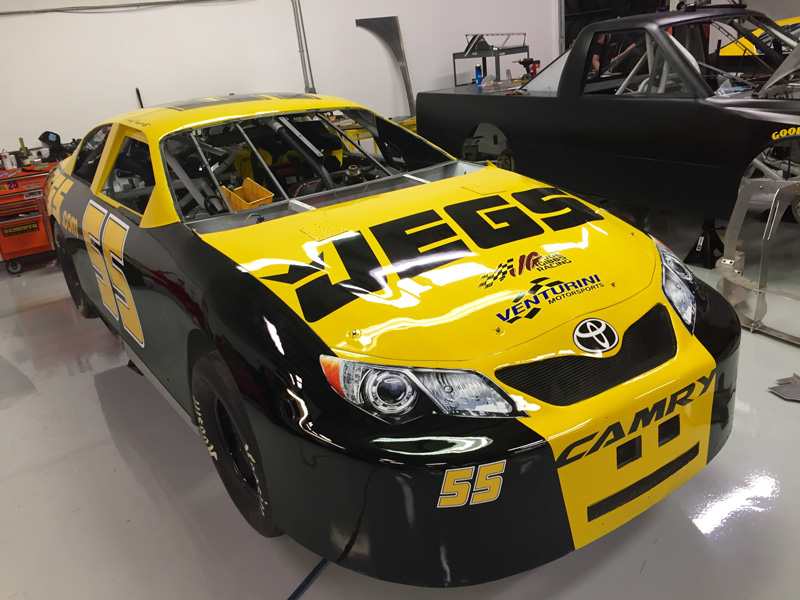 For drivers in drag racing it’s Pomona, California.  For many open wheel competitors it’s Indianapolis, Indiana.  In stock car racing, it’s Daytona.  The “it” in those places refers a place that everyone desires to be and when you make it there, you’ve accomplished something than many often do not.

Cody Coughlin is paving a new avenue for the family of racers.  The 19 year-old has shed the drag racing lure and will now be the first Coughlin to compete at Daytona Int’l Speedway.   The Joe Gibbs Racing development driver will challenge his competitors in the ARCA Racing Series event at “World Center of Racing,” the Lucas Oil 200 on Saturday, February 14th.

“It’s special to me because this is the pinnacle of the career I have chosen and I am very excited to take my next step,” said Coughlin.  “I expect and hope to be fast and competitive there and everywhere else we race at this year.  Dave (Leiner, Crew Chief) and Kevin (Hamlin, Team Manager) agree that we should be able to reach great heights.”

The Daytona race will mark the start of his second season competing in the ARCA Racing Series for Venturini Motorsports.  Last year, Coughlin made 11 starts with three top-five and eight top-ten finishes.

The driver from Delaware, Ohio was able to take his first laps around Daytona this past December during a two-day test session.  He was on top or near the top of the speed charts in all individual sessions.

One of the goals during the December test was for Coughlin to get some seat time in the draft around Daytona.  This race is not decided solely on horsepower, but also a chess match where strategy could come into play towards the finish.

“We are going down there open-minded and see how the flow of things are and come up with our strategy,” Coughlin explained.  “We used a basic strategy during our test session and I was able to catch on to it real quick.”

A victory at Daytona would be a great start for the 2015 season and that is their focus heading down for the season opener.

“We are going down there to win and it’s hard to justify anything else; that is why we race,” Coughlin said.  “We have to look at our situation for each weekend; how the car runs and assess how we performed for our situations.  But, the most important thing is winning and we are going to try and get us some this year.  I know we can.”

He also continues to receive great support from his family that includes his parents, John & Di and his sister, Kennedi.

Along with his passion for racing, he is more passionate about his faith in God.

“My parents raised me in a faithful environment and I definitely realize the blessings that God has given to all of us.  He has led us down a great path and our faith continues to be rewarded with unique opportunities like we all will experience at Daytona.”

On Saturday, February 14th, fans will have an opportunity to meet Cody during the ARCA Racing All Access/Open Garage for Fans from 12:30pm until 2:00pm.

The green flag for the Lucas Oil 200 is scheduled to wave at 4:15pm on Saturday afternoon.