Jimmie Johnson wins third race of the season at Pocono 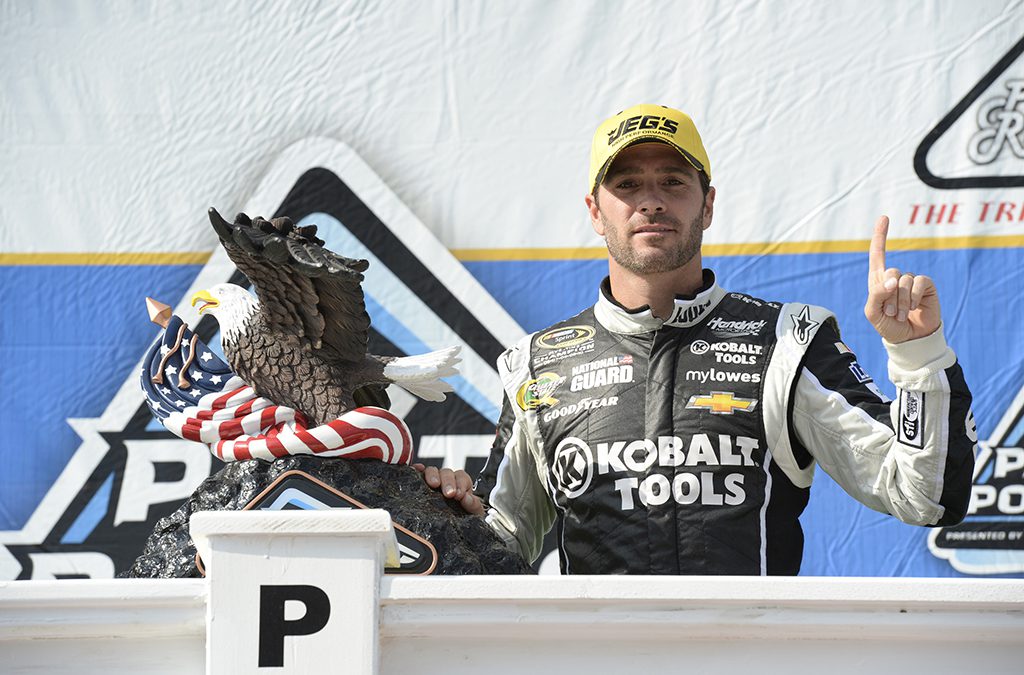 A week after a penalty for jumping the final restart at Dover knocked Johnson out of a near-certain victory, Johnson absolutely scorched the field in Sunday’s NASCAR Sprint Cup Series Party in the Poconos 400, beating Greg Biffle to the finish line by 1.208 seconds.

The win was Johnson's third of the season, his third at the Tricky Triangle and the 63rd of his career. Johnson increased his series lead over second-place Carl Edwards (18th Sunday) to a staggering 51 points after 14 races.